A A A
On Monday, October 12, 2020, the The Journal of the American Medical Association (JAMA), a peer-reviewed medical journal, reported via a Research Letter that Virginia Commonwealth University researchers had discovered that death rates related to the pandemic from March to July were grossly under-reported to the public. They found that deaths during that time frame increased by 20 percent as compared to previous years. They believe that officials should raise the current death toll number for the United States, approximately 215,355 per Johns Hopkins University, by at least 75,000.

As Dr. Steven Woolf, the Director Emeritus at Virginia Commonwealth University Center on Society and Health, explained to the media, many COVID-19 conspiracy theorists believe that death rates have been exaggerated by medical personnel, scientists and other experts. When people feel that these rates are inaccurate, they are more likely to disbelieve that the novel coronavirus poses a real threat to them and act in unsafe ways that put them, their loved ones and others at higher risk of contracting it.

Read More »
Officials publicly counted 150,000 coronavirus deaths during the first few months of the pandemic. These were known direct deaths in which medical personnel were able to determine without any doubts that the SARS-CoV-2 virus caused symptoms that resulted in people dying. Dr. Woolf and his researchers decided to improve their understanding of the actual numbers by reviewing death certificates, especially after a previous study earlier in the year had revealed excess deaths and under-reporting instead of over-reporting. Their research concluded that an excess number of deaths occurred at a rate far higher than normal as compared to previous years and higher than the official count. The excess also occurred at approximately the same time in states where emergency rooms and intensive care units experienced coronavirus patient surges.

Although the reasons for these deaths included cancer, diabetes, heart disease, stroke and suicide, the team found that many people had died because of the pandemic. In some cases, under-reporting occurred because early pandemic chaos at hospitals and misunderstanding about virus-related symptoms made it difficult for doctors and other healthcare providers to accurately diagnose cause of death. The researchers learned that some direct COVID-19 deaths were incorrectly classified as caused by other illnesses. For example, they traced the cause of some suicides back to pandemic-related stress. Additionally, some people died from acute and preexisting conditions because they couldn’t receive timely care during hospital surges and stay-at-home orders. Some people also cancelled crucial healthcare appointments out of fear or experienced appointment or treatment delays.

Researchers discovered that response by officials and the public had a direct affect on the number of these deaths and the duration of excess. In northern states that experienced the worst part of the initial wave first and saw state leaders approach the pandemic with an emphasis on face mask and other face coverings and longer stay-at-home time frames, such as Massachusetts, New Jersey and New York, the excess death toll was huge but ended quickly. In southern states that weren’t initially hit hard but where more people refused to follow safety measures and states leaders denied the risks and eased restrictions faster, the number slowly increased and surged rapidly by the middle of summer. The period of excess deaths also lasted longer.

With the start of both flu season and the second coronavirus wave, Americans are facing a dark future this autumn through next year. Dr. Anthony Fauci and other experts believe that the United States will likely experience between 300,000 and 400,000 deaths directly or indirectly related to the COVID-19 pandemic by the end of 2020. The estimate is based on several forecasting models and data sources, including the study by Dr. Woolf and his colleagues. They predict that at least one American will die as a result of pandemic for every two who die directly from the SARS-CoV-2 virus. As Dr. Woolf pointed out, these rates aren’t the only measure that people need to focus on in regards to the pandemic’s impact on health and well-being. Another cause for concern is chronic disease. Many people who survive the pandemic are expected to suffer lifelong chronic conditions either from SARS-CoV-2 complications or their inability to receive timely diagnostic testing and healthcare for non-coronavirus illnesses.

The future pandemic death toll estimated by experts isn’t based merely on hard numbers. Human social trends from this year also support the estimated outcome. Many Americans are still denying the severity of the virus, especially those who believe some leaders who contend that it’s not nearly as bad as they’ve been warned by doctors and scientists. Some Americans equate recommendations about face coverings and social distancing to infringement on their independence and personal rights. Humans are also highly social and creatures of habit. History shows that deaths increase during the holiday season when some people can’t socialize with loved ones and others. These deaths often occur among people who experience heightened social isolation, such as the elderly and sick. In 2020, more people than ever before have been cut off from their social networks. Work interactions have traditionally helped ease the negative emotions for some people this time of year, but many workers no longer have jobs or feel isolated while working from home. Cases of domestic violence have also increased around the nation.

Experts agree that the estimated death toll isn’t an inevitable outcome. There is still a chance that people can prevent many excess deaths by making changes to how they live their lives. Americans can decrease the number if they start following strict social distancing and face covering practices today. They need to accept their new normal instead of dwelling on their social losses and how their life used to be in the past, which means that they at least need to accept that they can’t socially interact closely with other people for now. They should only enter face-to-face scenarios if they have no other choice, such as when they have a necessary medical appointment or need groceries that they can’t order online, which means that they should find alternative ways to entertain themselves as well. These types of changes can help reduce the spread of the infection, prevent hospital ER and ICU surges and give medical researchers and scientists the time they need to find a better solution to ending the pandemic.

This is an ongoing news story. 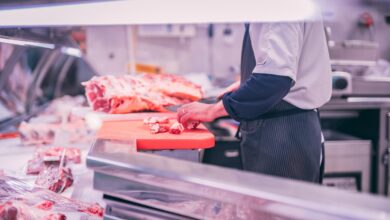 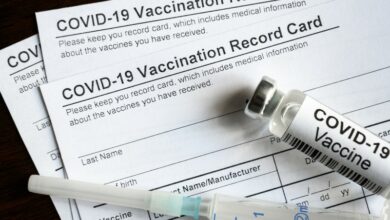 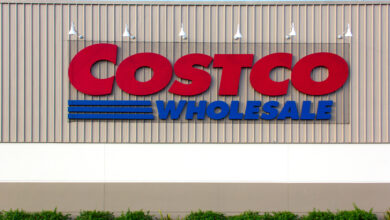 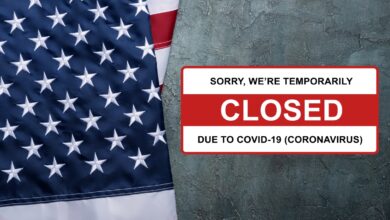