A A A
The 1980s were a time of great change and upheaval. It was a decade of big hair, neon clothes, and excess. But it was also a time of great social, political, and cultural progress. Some of the most important cultural moments ever happened in the 1980s—like Cabbage Patch Dolls, GI Joe, The Smurfs, Alf, hair metal rock ‘n roll, and the Pepsi Challenge.

It was the 80s in all its glory. The Reagan Administration ushered in a new era of laissez-faire capitalism, which led to deregulation and privatization initiatives throughout the decade. This led to increased income inequality and homelessness rates as well as an increase in crime rates. Also, the 1980s charged the way to a boom of slasher sequels, buddy comedies, and the PG-13 movie rating.

Read More »
Most folks of a certain age get nostalgic about the most totally awesome decade ever. So much so that a handful of individuals decided to become podcast hosts and provide the world with 80s nostalgia podcasts that we can visit (or revisit) any time we start to miss the super rad decade. There is just so much retro kitsch to cover, one podcast wasn’t enough. And for anyone looking to learn more about culture, society, and light political humor, there may be no better place for it than on your preferred podcasting platform.

So put on your leg warmers, pour a can of Tab into a glass over ice, and enjoy these totally tubular 1980s nostalgia podcasts.

This is the big one. The original 1980s podcast that started it all. Large Marge is a weekly podcast about the 1980s hosted by two close friends and is self-proclaimed as being “unapologetically nostalgic” for the 80s.

Each week, the hosts take a deep dive into all things 80s. From movies and television to music and fashion, no stone is left unturned. They also interview guests who were popular culture figures in the 80s. Some great recent episodes worth checking out are:

If you’re looking for an in-depth and comprehensive exploration of the 1980s, this is the podcast for you.

This podcast is all about, well, living the 80s. It’s hosted by Rob Faught who was born in the 1970s and grew up in the 80s—like so many authentic “children of the 80s” were. Faught shares his personal experiences of what it was like growing up in the decade, as well as explores some of the most popular cultural touchstones of the time.

Each episode is based around a different theme, such as “movies that defined our childhoods” or “songs that take us back.” Faught also interviews other people who lived through the 80s and gets their perspectives on the decade.

• An 80s Music Toolbox
• I Want My MTV!
• How The Breakfast Club Defined a Generation
• The Greatest 80s Teen Films
• The Most Iconic 80s Fashion Trends

If you’re looking for a more personal and anecdotal exploration of the 1980s, this is the podcast for you.

Each episode, they focus on a different pop culture topic, such as “The Most underrated 80s Films,” “The Most Obscure 80s Cereals,” or “The Greatest Movie One-Liners of the 1980s.” They also interview guests who were popular culture figures in the 80s.

• 1989 Macy’s Thanksgiving Day Parade!
• The Monster Cereals Tribute!
• The Most Ridiculous 80s Toys!
• The Most Memorable TV Commercials of the 1980s!
• The Most Iconic 80s Movie Posters!

If you’re looking for a more comedic and lighthearted exploration of the 1980s that will make you hungry for over-sugared cereal, this is the podcast for you.

Stuck in the 80s Podcast

The Stuck in the 80s podcast is self-proclaimed as being “unapologetically nostalgic” for the 80s.

Each week, they take a deep dive into some oddly specific cultural reference, movie, song, or anything else that might turn a former Jordache-jeans-wearing kid nostalgic for a certain decade. Co-hosts Steve “Spearsy” Spears and “Brad in L.A.” Williams (“Brad in L.A.”) take all 50,000 of their beloved worldwide fans on a travel back in time to the ‘80s.

For a podcast that’s going on two decades, it’s likely on the radar of any 80s nostalgia podcast fan. But if it’s not, be sure to give this one a listen.

80s Underground is a podcast that takes an alternative look at the music from the 1980s—quite literally. The 80s Underground podcast focuses on the underground and non-mainstream tunes that came out of the greatest decade. Jeff Shelton delivers playlists of this music in a podcast format. Think of it as a curated deejay set of all underground 80s music. Sure, you could listen to Spotify or Pandora, but that would be sooooo 2020s.

For awesome music that’ll make you nostalgic for being too cool for pop classics like “Come On Eileen” and “Footloose,” then you’ve got to check out this podcast. You can literally pick any episode and start listening. And if the song doesn’t speak to you like a smooth-talking Speak ‘N Spell, then all you need to do is jump forward a few minutes to the next tune.

The 80s Revisited podcast covers everything from movies, music, games, pop culture, and more. Hosted by Trey Harris and Jesse Seidule, the most recent episodes cover classic films from the 1980s, and the hosts do a great job of breaking down each film and discussing how they might hold up in today’s culture. Some great recent episodes worth giving a listen to are:

Episodes vary in length but run from about 45 minutes to 90 minutes. If you’re looking for some good 1980s movie chat, then check out the 80s Revisited podcast.

The Retroist podcast is a massive undertaking. It’s a veritable time capsule of 80s nostalgia, with nearly 300 episodes and counting. The podcast covers everything from movies, TV shows, video games, toys, and more. And if you can’t find an episode on something you’re looking for, chances are it’s in the works.

For great 80s nostalgia delivered in bite-sized chunks, be sure to check out the Retroist podcast.

The Growing Up ’80s podcast is a great option for anyone looking for something a little more lighthearted and fun. The podcast is co-hosted by Darren Foulds with Robin Harbron, two long-time friends who met way back in the 80s and bonded over their shared love of all things 80s. From movies and TV to music and toys, if it was popular in the 80s then chances are it’s been covered on this podcast at some point or another. While the podcast hung up its Keds back in 2021, there are still some great episodes worth checking out. Some of our favorite episodes include:

If you’re looking to get nostalgic about the 1980s, you can’t miss with the Growing Up ’80s podcast.

Dancing With Ourselves: A Totally Rad 80’s Podcast

Dancing With Ourselves is a podcast about the 1980s that’s hosted by Eric, Josh & Jimmy. The podcast covers everything from movies and TV to music and pop culture, with a particular focus on the more obscure and forgotten corners of the 80s. If you’re looking for something a little off the beaten path, then look no further. Some great recent episodes are:

• Wrasslin’, Three Amigos, and More
• Fun with Big Trouble in Little China
• I Killed Them All
• Justin Achilli, Games, and D&D
• Hot Since 1982

If you’re in the mood for some deep cuts, then check out Dancing With Ourselves: A Totally Rad 80s Podcast.

The 1980s were a totally rad decade, and the podcasts mentioned above are a great way to revisit all the awesomeness. Whether you’re looking for nostalgia about your favorite movies, TV shows, music, or toys from the 80s, there’s something out there for everyone. So pull up a chair, put on your favorite ’80s jams, RELAX like Freddy Goes to Hollywood, and dive into one of these fantastic podcasts. You won’t regret it! 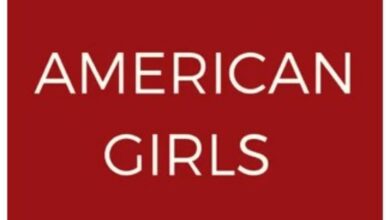 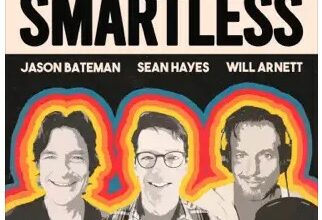 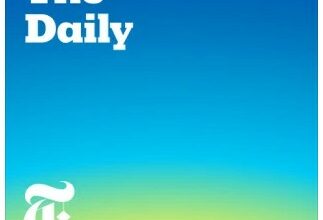 Exploring what the Daily Podcast is all about! 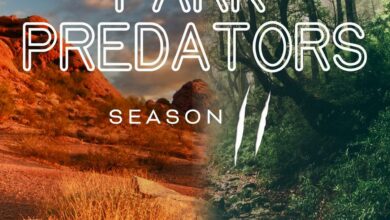 Exploring What The Park Predators Podcast Has to Offer