A A A
The asteroid of relationships, marriage, and commitment passing through the sign of hard work and determination will bring stability to those already on its track and a bit more work for everyone else. In other words, what you need to work on in order to make a good partnership, whether you’ve met your significant other or not, will come up this November 14 when Juno enters Capricorn.

You may not have heard of Juno, so let’s dive into what this asteroid represents in astrology. In Roman mythological canon, Juno is the goddess of marriage and the wife of Jupiter, ruler of all the gods. In Greek mythology, her name is Hera, and she is married to Zeus. The nature of her proximity to the ruler of the gods is a large part of her archetypal energy, as all gods and goddesses are determined by their relationship to Zeus or Jupiter and how they ‘serve’ the ruler of the gods. Mercury, or Hermes, for example is Zeus’ messenger, and because of this he represents communication. Apollo was assigned by Zeus the task of bringing the Sun into the sky each morning, and because of this he became very significant to both the Greeks and Romans and had cults of his own. Indeed, the sun sign being the most significant in the native’s astrological birth chart is representative of the importance of the sun in life itself as well as the importance of Apollo in the Greco-Roman pantheon. Thus, Juno as the wife of the archetype of authority represents marriage. She is also considered a protector of women, and in both Greco-Roman mythology she helped or aided many women, some of whom were victims of her own husband.

Read More »
Of course, not all committed partnerships are marriages. Juno is less interested in the technicalities as she is what’s truly in your heart and future. Your most authentic self is the part of you that is ready for that real relationship–the one that gets closer with every new trial or challenges; the one where you can lean on them, and let yourself be leaned on as well; the one where you are a team and not an item.

If you aren’t there yet, Juno in Capricorn also prepares you along the way. What do you need to work on in order to be ready to have that lasting relationship? Wanting it won’t be enough. Do you also understand how you deserve to be treated? Do you understand that a relationship is a two way street, and that you must treat them the same? Are you ready to walk away from someone who leaves you feeling confused, disrespected, or under-valued?

All of these things are important lessons that will prepare you not only for your soul mate, but for the life in which you are authentically you. Relationships at their core are a method in which we are pushed to accept the vulnerabilities and strengths of life and become more true to who we truly are. When two people learn to access that core authentic self together, that’s where the real magic happens.

Other Planets In Capricorn

Of course, other planetary happenings will affect Juno’s transit as well as the strength of the message. Other current Capricorn transits include Jupiter (in retrograde until November 20), Venus (November 5 to March 6, retrograde December 19 to January 29), and Pluto (November 27, 2008 to January 21, 2024). Particularly relevant is Venus’ transit through the sign, as Juno and Venus are both relationship magnets in their own right. The goddess of love and the goddess of marriage both transiting the same house offers a unique and very special chance to understand just what makes all that work worth it–the love that is cultivated by making the sincere effort to commit to another person. It will be clear that you have the feelings to proceed with the effort, and if you already have a partner, it will bring you closer together. Remember that effort with the right person will be noticed, appreciated, and reciprocated. You will grow closer as a result of mutual effort. Show up as your authentic self–the one who can make the responsible decisions, the one who can communicate honestly and with care, the one who remains dedicated to their own individuality and celebrates that of their partner as well.

You may now be asking yourself how all of this will show up in your life and what you can do to make sure you are getting the most out of this transit. How can you make sure you’re learning everything you can to prepare yourself for that future relationship–or what should you do in your current relationship that will bring you closer towards your authentic selves and each other?

1. Romantic gestures will mean a lot at this time, but make sure they represent your relationship as well as what your person means to you. Take the extra time, make the extra effort. A little hard work in searching for the perfect this-is-how-I-feel-about-you gesture will go a long way.

This is What Mama Elephant Did After Man Saved Her Baby

2. This is also a good time to start thinking about having that Talk. Depending on where you are in your relationship, the Talk will be about different things. Maybe it’s been a few months and everything is going well and you’d like to be exclusive. Maybe you’re ready for the boyfriend or girlfriend label. Maybe you’ve been thinking of moving in together. No matter the next stage, there is always a healthy conversation (or several) that precedes it. Honest, open communication in a healthy relationship will beget progress, and in an unhealthy relationship it will beget chaos or end it completely.

3. If you are not in a relationship but would like to be in one, now is the time to work on your communication skills. Practice with anyone you are close to; when in conversation, make sure you have understood properly if someone brings up a concern. Become aware of which subjects or topics make you shut down, or whether you have a tendency to defend yourself even in trivial things. And, let’s be honest, anyone in a relationship can probably always work on that too!

4. If you have difficulty opening up to people or have a tendency to resist vulnerable emotions, now is the time to practice by sitting with your emotions and accepting them as you would accept the weather: it is not yours to change; it is yours to accept and adjust accordingly. One does not, after all, go out into the rain in a bikini to force the sun to shine. One accepts the weather and puts on a raincoat. Do the same with your feelings by accepting them and then making the healthy choice on what to do about those emotions, if necessary. This will prepare you not only for accepting your own emotions in a relationship but those of your partner, and it will also be good practice for accepting your partner as they are as well. 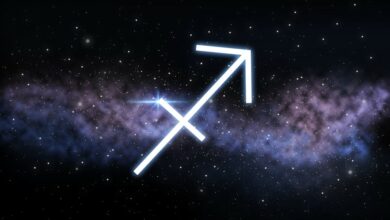 Mercury: The Messenger of the Gods–And Your Life 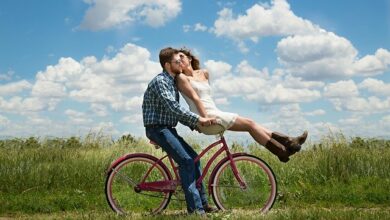 Mars in Aries: The Stars Call for Steamy Romance in 2020 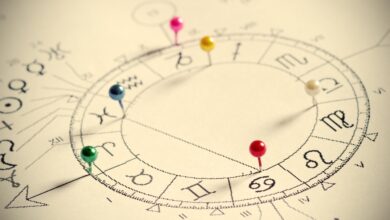 The Importance of Natal Chart Patterns 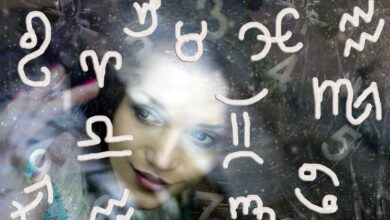