A A A
The full moon in Aries, is blending the quiet and magical luminescence of the moon with the fiery, assertive and often short-circuited Aries. This combination may be uncomfortable, but it is a time of great change and an opportunity to practice a new level of self-acceptance.

What Is The Full Moon?

The full moon is simply the night when the moon is at its highest point of illumination. Think of a projector; the white board is the moon, and the projector light is the sun. The moon has no inherent light source, and is instead lit up because the Sun is exactly opposite the Moon and the Earth is not in the way of the Sun’s light. The moon is partially lit when the Sun’s light is being blocked by the Earth.

Read More »
When the moon passes through the zodiac signs, the themes and archetypes embodied by that sign become themes in our lives–or, at least, we become aware of how much they are already a part of our lives. Generally speaking, full moons are times of high emotions and fulfillment of efforts and intentions made on the new moon (October 6, Libra). It is also connected with the previous full moon (September 20, Pisces) as well as the last time the full moon was in its current sign. The full moon in Aries tomorrow is actually the first one this year, but the new moon was in Aries on April 11, so a look back at your efforts, goals, and mentality at that time may illuminate some of the things that are coming into fruition now.

Aries is a cardinal sign, meaning it is set on one of the corners of the zodiac wheel and begins one of the four seasons. Aries begins the astrological new year and heralds the beginning of spring, and is a fire sign alongside Sagittarius and Leo, meaning its energy is anchored in the fire element. The other elements of the zodiac are air (Aquarius, Libra, Gemini), earth (Capricorn, Taurus, Virgo), and water (Cancer, Scorpio, and Pisces). An Aries full moon is about the fire of Aries combined with the emotional, intuitive energy of the moon. There is a dichotomy going on here; Aries is very much a masculine energy associated with anger and individuality, and the moon is associated with the feminine and the serene. However, the real magic happens when perceived dichotomies can be harmoniously blended and integrated into a deeper awareness of the uniqueness of the self. So how can these two concepts work together to create serenity from anger–or at least, serenity in anger?

Anger is an emotion, but it is also a mask. Vulnerabilities and pain that we do not have the space, emotional safety, or capacity to properly accept into our life experience will “mutate” into something that we DO have the capacity to accept. Anger is one of the very first emotions we experience as babies, and one which surfaces often as we learn as toddlers and young children. It is not, of course, the same feeling as adult anger or even teenage anger, but nevertheless, early childhood disappointment even in its most basic form will very often be expressed as anger.

If you were exposed to adult anger as a child, this relationship will only grow stronger over time. Sometimes it results in us being unable to express anger due to the effect that someone else’s anger had on us; other times we may absorb that anger, identify with it, and integrate it into our own personality. We also may be out of touch with anger due to social conditioning, or more in touch with anger due to social conditioning. It may be helpful to think about the outlets we have for anger that are built into our society; expressions of anger such as pro wrestling and boxing are stereotypically associated with masculinity; reality shows of drama and bickering are stereotypically associated with femininity. However, we all know that physical rage affects females and that men certainly get into arguments, petty or otherwise. How do these more socially acceptable avenues of turning anger into entertainment affect our own awareness of our anger, and our ability to understand how to handle it? What message does that send us about the acceptability of anger in general?

Many times we are at a loss as to how to accept strong emotions, and anger is no exception. In the heat of the moment, we forget (or never knew) that anger can be fully felt without saying a single word or making a single action. However, creative ways to express strong emotions are dynamic as well as healing, and this Aries Full Moon is all about tapping into that and finding new horizons of the acceptance of the self. Life is a myriad of experiences on an enormous mental and emotional spectrum, and to limit yourself to a single corner of that spectrum will inevitably lead to limiting beliefs on who you are, who you can be, and what you can accomplish.

Anger often also serves as makeshift boundaries, where boundaries were ignored or not properly constructed. Think of it as a tent sitting where a home ought to be, or standing on a chair to change a lightbulb because you don’t have a ladder. Anger is not nearly as efficient or healthy as a true boundary. Rage is the stand-in, the body double, and doing the work of constructing a boundary that is authentic requires a lot of self-value and patience with your own emotional process. Boundaries often require a lot of hard work and strength but they do not require explosive rage. Rage is a reaction to a lack of a boundary or a stage of grief or masked sadness. It is an improvised assertion of the self in circumstances where the authentic self has been lead to believe that they do not belong.

This is not to say that anger is not appropriate. It is a natural feeling, and everyone on earth has felt it and will feel it again. But many times anger can take over in spaces of ourselves that have been abused or neglected (by ourselves or by others), and it can thus become integral to our idea of assertiveness, boundaries, and confidence due to the nature of it being that improvised replacement of those things.

How Do I Accept My Anger?

You do not even need to have a thorough idea of how to express anger in a healthy way. The magic of the full moon is that it leads us deeper into ourselves, where we can tap into our own innate and unexplored wisdom. Inspiration is illuminated at this time, and you may find yourself moving through emotions through dance, movement, yoga, drawing, writing, or any other creative endeavor. Ritual can be a powerful way to assert your own intention to yourself. You may be drawn to silence, to meditation; you may wish to meditate in front of a fire (safely constructed, of course) or the simple flame of a candle. Accept the full range of experiences, the emotions, the sensations of life. It is okay to be angry.

If you don’t know how to begin, start with the affirmation that it is okay to be angry. It is okay to not know how to be angry. It is okay to feel like you can’t feel it all. Then give yourself permission to feel it–even the resistance to it, because that too is part of the experience. Breathe through it. Through the full acceptance of your emotions, you will experience not only their core but their transience. No feeling lasts forever, and the emotions will cease to control your decision making process once you have let them go. 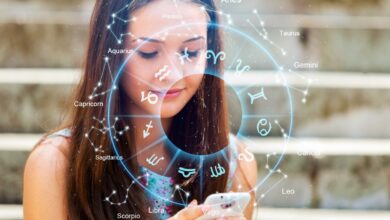 What Will Be Your Zodiac Sign’s Emotional Challenges This February? 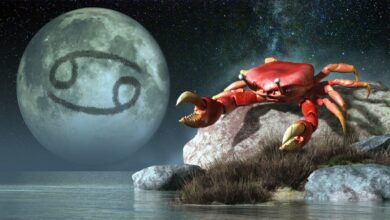 Moving in Your Feelings with Mars in Cancer 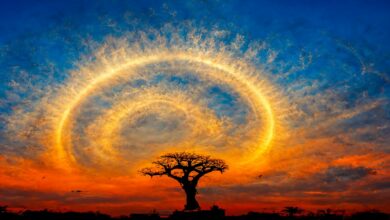 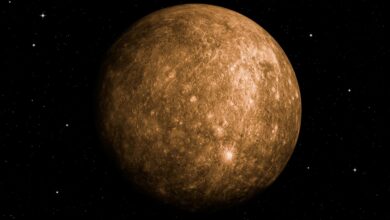 What is Impact of Mercury Retrograde in Libra? Get the Scoop for Your Sign