“Remembering the Fallen and the Heroes of September 11, 2001” – Daily Access News
A A A
September 11, 2001 was the day that changed the US forever. On that day, Al-Qaeda terrorists commandeered four commercial airplanes and attacked various US targets, killing almost 3,000 people. It was the largest terrorist attack in history and one of the few terrorist attacks carried out on American soil. Now twenty years later, Americans will reflect on that dreadful, but heroic, day at various commemorative events.

Read More »
In the densely populated New York City borough of Manhattan, September 11, 2001 began as a beautiful, blue-sky day with little news to report. But at 8:46 am, a Boeing 767 commercial airplane, American Airlines Flight 11, flew into the north tower, Tower One, of the World Trade Center.

Seventeen minutes later, another Boeing 767 hit the World Trade Center when United Airlines Flight 175 flew into Tower Two. The huge, gasoline-fueled fires raging in the middle of both towers burned so profusely the smoke was visible in satellite images.

While the stunned world watched, trapped people jumped out of windows to their deaths to avoid burning to death. However, most of the World Trade Center victims died when the towers unexpectedly imploded later on in the day.

A third plane attack occurred at 9:37 am when terrorists flew a Boeing 757, American Airlines Flight 77, into the Pentagon. Everyone realized the US was under attack.

Some passengers aboard United Airlines Flight 93 had a cell phone with them and learned of the three attacks from people watching the events unfold on tv. When terrorists on board suddenly hijacked their plane and turned it toward Washington DC, the passengers knew they were about to be part of a fourth suicide mission. Several male passengers fought the terrorists for control of the plane, but the Boeing 757 crashed into a southern Pennsylvania field at 10:03 am. 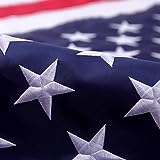 For unknow reasons, US fighter jets scrambled and flew over the ocean instead of in the skies over Manhattan. To gain control of the entire situation, the FAA grounded all commercial flights and other planes within the US.

How the Attacks Changed US Society

Suicide missions was a war tactic fairly unheard of and unexpected in Western society before the September 11, 2001 attacks. The public willingly gave up freedoms and privacy for the greater good, beginning with airport passenger screening procedures performed by security workers. The plane attacks also led to racial profiling, discrimination and hate crimes.

Governments reconsidered their responses to terrorism and the treatment of prisoners they need to extract information from. The US bombed a few key Al-Qaeda strongholds in Afghanistan and then kept US troops there to keep the peace for the past 20 years.

“We Will Never Forget”

Twenty years ago, people vowed, “We will never forget” their lost loved ones, the heroism and sacrifices of first responders, and how strangers helped each other cope. People will also never forget the brave young men on Flight 93 who actually voted – the democratic way – to fight the terrorists for control of the plane to protect Washington DC’s national buildings and the people on the ground.

The Bigger, the Better: the Largest Vehicles from the Past and Present!

Now twenty years after the attacks, we find ourselves in a landmark year in which many Americans want to commemorate September 11, 2001. Naturally, the main events will be held close to the crash sites. People in other parts of the country will commemorate locally.

• A memorial service will be held at the 9/11 Memorial & Museum.

• The New York Botanical Garden in the Bronx will offer free admission from 10 am the 12 pm EST on September 11, 2021. Tickets must be obtained before noon and in person. Visitors can participate in a moment of silence there at 10:30 am and enjoy readings by poet Haydil Henriquez at 11 am or at 12 pm. Visit the Everett Children’s Adventure Garden to see the September 11 Memorial Tree, which is an oak tree planted one year after the Manhattan attacks. 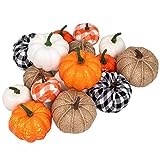 • At 1 pm EST the Museum of the City of New York, located in Manhattan, will host a screening of two short 9/11-related documentary films. One of the films is “Chief,” which features Bill Feehan, who was the oldest and highest-ranking New York City fire official killed as a result of the Manhattan attacks. “In the Shadow of the Towers: Stuyvesant High on 9/11” shows the day’s events from the perspective of the Stuyvesant High School students.

• The Buglisi Dance Theatre and Lincoln Center for the Performing Arts will partner up with Dance/NYC to perform the Table of Silence Project 9/11 at the Lincoln Center in Manhattan. Thirty-two dancers will dance outside, around the Revson Fountain. This annual performance is always free. It will be live streamed at 8 am EST on Facebook for people who don’t want to come to the Lincoln Center.

• A memorial service will be held at 7:30 pm local time at the Flight 93 National Memorial. Forty luminaria candle lanterns will illuminate the Flight 93 passengers and crew members listed on the Wall of Names at Memorial Plaza. Enjoy music by George Walker, Samuel Barber and Gustav Mahler performed by the Johnstown Symphony Orchestra during the candle ceremony.

• As part of a witness speaker series, the Flight 93 National Memorial will hold a “Witness to History” speaker on September 12th to present “’Large Plane Down!’: First Responders to Flight 93.” First responders will tell about their memories of visiting the crash site. 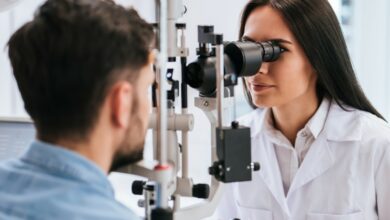 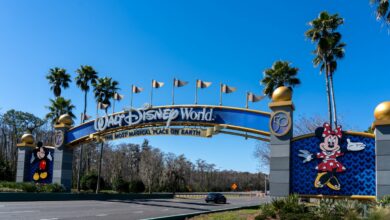 Updates at Disney Parks: Is the Disney Magic Gone? 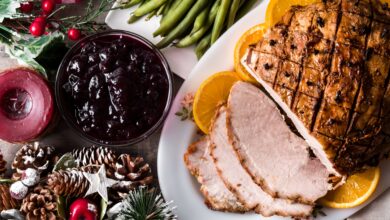 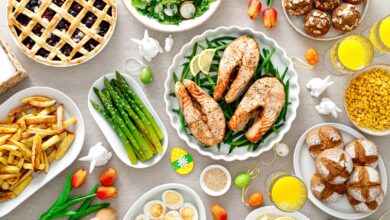 Kick Up Your Easter Game with These Unique Side Dishes