A A A
On January 23rd, Uranus finally moves direct in the sign of Taurus after several months retrograde. We’ve had time to consider the impact of the progressive effects of the long-term Uranus in Taurus transit. With the forward movement of Uranus, we have the green light to make changes and finally release commonplace so that we can actually move forward and progress. True to the nature of Uranus, progression is guaranteed…even if doing so makes us uncomfortable.

A Review Of Your Progress: Uranus Retrograde

Uranus went retrograde in Taurus on August 24, 2022, creating a reprieve for us to consider how we have been dealing with the progressive energy of Uranus. Honestly, Uranus in Taurus is not the most comfortable as these two energies clash due to their inherent differences. Uranus is all about thinking outside the box and pushing against the status quo whereas Taurus is all about laying down foundations, staying put, and maintaining tradition. So, we can see how these two energies can bump heads.

Read More »
Nevertheless, the Uranus retrograde gave us the opportunity to assess how our attachment to the commonplace and tradition is keeping us from progress. Since May 15, 2018, Uranus has been moving through the sign of Taurus shaking up our traditions and the status quo. It’s been quite an interesting experience as we have been forced personally and collectively to consider how our attachments to our own value systems, finances, resources, and all things Taurus-ruled need an adjustment in order for us to move forward. Because Taurus energy can be very stuck in its ways, progress can be hard to come by without effort.

As Taurus is the foundational earth sign, many of us are feeling as if we are being shocked from our comfort zones as Uranus brings in progressive experiences. Nevertheless, Uranus energy promises us that if we are willing to go beyond what we are used to, we put ourselves in a position to experience something much greater than anything that we could have fathomed. Ultimately, the recent Uranus retrograde in Taurus gave us the opportunity to reconsider how we are limiting our own progress by holding onto outdated, familiar concepts, ideas, and ways of being simply because we are resistant to change.

With Uranus finally moving forward in Taurus, we have the opportunity to enact some exciting new changes. However, honesty regarding our own self-imposed limiting ways that resist change must be acknowledged. This can show up as anything from being stuck on looking a certain way, stuck on earning money in a way that is comfortable for us, stuck on not wanting to leave a specific area, stuck on issues from the past, and so forth. There is this common theme of being “stuck in a rut” that is associated with Taurus energy that has to be released in order for us to get the progression that is being offered by Uranus.

While Taurus wants to be comfortable, it simply doesn’t offer us the Uranus progression that will move us ahead. Thus, it’s important that we be willing to implement the energy of Uranus consciously so that we can get out of these ruts that are keeping us stuck and attached to the outdated.

Moving Out Of The Comfort Zone

With Uranus direct, it is time to push against our comfort zones. We know that we are harnessing the energy of Uranus positively if we actively place ourselves in positions where we feel uncomfortable for the sake of growth.

For example, let’s say you are someone with Uranus in Taurus transiting your fourth house. Perhaps you are someone who enjoys the comforts that the familiarity of your home environment. Now while your home environment is comforting and familiar, it doesn’t offer you much space for growth. Usually, when Uranus transits the fourth house this coincides with moving over the course of Uranus’s seven-year transit.

This is the Real Reason Bewitched Was Taken off Air!

In many ways, being forced to move about and experience different living environments shakes us up and maybe even makes us feel a bit unstable. It also gives us the opportunity to figure out where we actually belong and can truly call “home.” So, someone with this placement could start off living in bustling metropolitan New York and by the end of the Uranus transit discover that they prefer the quiet of a mountain town in Colorado. In order for you to know that the quiet of a mountain town in Colorado is a better fit for you, you had to be pushed to move beyond the familiarity of the bustling city environment of New York City.

Thus, this is an example of why it’s important to allow the energy of Uranus to help us move beyond what we are familiar with so that we can align ourselves with something that is actually more authentic to who we are. While Uranus in Taurus can be very disruptive to our solid foundations, it is a necessary transit as it gets us to challenge what we think is our innate truth so that we can inevitably create new foundations that are more aligned with the authenticity of who we are in the now for our current and future growth and progression.

For those of us who are hardheaded, Uranus’ forward movement in Taurus is guaranteed to move us ahead, whether we like it or not. The only issue is whether we are choosing to embody Uranus energy willingly or have it forced upon us. Whenever we are dealing with astrological energies, it is always best to work with the energy. If we work with Uranus energy and allow ourselves to embody the willingness to move beyond our comfort zones, we are more likely to be able to progress without having to experience unfortunate and unwanted shocks.

34 North Korea Images They Never Wanted To Be Leaked

However, Taurus energy is used to digging in its heels, and because of this, those of us who are not willing to allow Uranus to move us beyond the traditional will find that we are encountering circumstances that make us accept change whether we like it or not. Both Uranus and Taurus are fixed energies, so fighting against them will only lead to more strife. It is best that we embrace Uranus energy and allows ourselves to feel the initial discomfort of change to avoid the bolt of unexpected change all due to our unwillingness to release ourselves.

Ultimately, Uranus in Taurus direct gives us the opportunity to stop holding on to things that are no longer beneficial for us and finally embrace the progression that is offered via change. While it may seem that we have always known is best, Uranus in Taurus reveals to us that the familiar is not always the best. We will all know that we are embodying the energy of Uranus in Taurus when we feel the uncomfortable energy of being placed in circumstances that push us out of our comfort zone but we allow the change to happen so that we can experience progression that leads us to a much more authentic space.

Here’s to moving beyond comfort zones to experience progression courtesy of Uranus in Taurus direct. 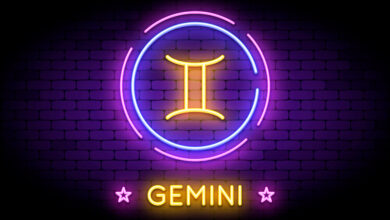 Gemini Season Is Upon Us, But What Does That Mean For Your Sun Sign? 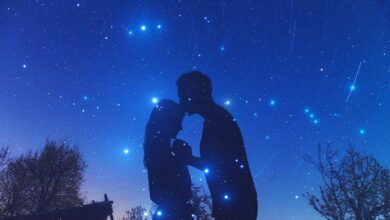 Exploring the Sensual with Venus in Taurus 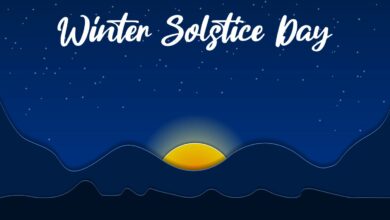 The Path Inward With The Winter Solstice 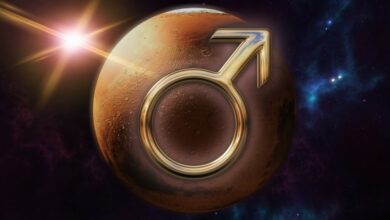 Your Sign And The Watery Trine: How Mars In Cancer + Neptune in Pisces Will Affect You on the 31st