Tiger King: The Park may be Closed, but the Drama Continues – Daily Access News
A A A


Zoos change ownership for various reasons. Sadly, it is not unheard of for prior owners to lose their positions due to charges of animal cruelty. Unfortunately, the Greater Wynnwood Exotic Animal Park is no exception. Animal rights activist, Carole Baskin, has been trying to force the zoo to close for years. This hatred between her and previous owner, Joseph Maldonado-Passage, is the main topic of the cable and Netflix series entitled “Tiger King: Murder, Mayhem, and Madness.” This is no ordinary rivalry for exotic animal care, however, and this zoo closed for a much more sinister reason. Maldonado-Passage, (who is now better known as Exotic Joe since the airing of the Tiger King documentary,) is currently serving 22 years in prison for hiring someone to murder Baskin!

In Exotic Joe’s absence, Jeffrey Lowe took over zoo operations. Although PETA has been making complaints against the animals’ care for years, Lowe boasts that he had five consecutive USDA inspections that found no fault. He claims that the USDA succumbed to PETA’s pressure. The USDA, though, has record of numerous violations throughout the years, including repeat offenses. One complaint, an inadequate refrigeration system for the cats’ raw meat, was not fixed. When the USDA inquired about proof of repairs, zoo officials tried to cover their neglect by showing invoices for other equipment. The most recent USDA inspection came to an emotional halt when they found a thin and lethargic young lion in dire need of veterinary care. In the wake of Lowe’s forfeiture of his exhibitor license, the USDA called to inform Lowe that they were suspending the license themselves. Later, the state of Oklahoma ironically awarded ownership of the Greater Wynnwood Exotic Animal Park to Joe’s most hated rival: Carole Baskin! It appears as though Joe improperly transferred ownership to Lowe before going to prison. Therefore, Lowe received 120 days to vacate the premises.

Read More »
In the meantime, Lowe appears to almost unphased, claiming he knew Baskin would eventually take ownership anyway. He has his eyes set on a different project: a new facility in Thackerville. He plans on taking the docuseries right along with him, and possibly the animals. While the court awarded Baskin ownership of the land, it is still unknown whether the animals will remain with the location or Lowe. Lowe thanks the visitors that the zoo has had over the years. Their support has provided a substantial financial basis for park operations that he promises will be able to maintain the utmost of care for the animals. He states that the location will now serve exclusively as a private set for Tiger King. Activists such as Baskin and members of PETA, though, are worried that this outcome may end with conditions that are even more deplorable than they had been in the past. Without the public, the park is not subject to USDA inspections and PETA will not be able to enter without permission in order to observe the animals and the conditions themselves. Baskin is lobbying for a bill that would make private ownership of such animals illegal. PETA is advocating for the USDA to revoke Lowe’s license permanently, so that there is not the possibility of a repeat situation in Thackerville.

Tiger King is still available on Netflix, where it attracted 34 million viewers in only 10 days and is up for multiple Emmys. However, Netflix is not currently streaming any new episodes in light of the chaos surrounding the park’s fate. This is not stopping spin-offs, though, including podcasts and a dramatized mini-series starring Nicholas Cage as Joe. While this is a step toward victory for Baskin’s cause, she is not out of the scrutiny of the public eye, either. Investigation Discovery created a sequel to Tiger King that focuses instead on none other than Baskin. Many are suspicious of the unsolved disappearance of her millionaire husband in 1997. Some believe she played a role in his vanishing in order to acquire his wealth and get the ball rolling with her ambitions to rescue big cats. That would be an ironic twist to the presumed heroine’s noble actions. With or without the park or the newest episodes of Tiger King, the drama continues. 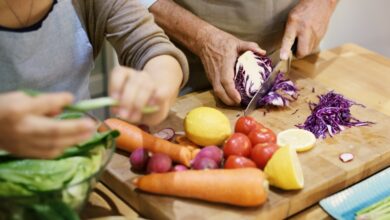 20 Healthy, Tasty Recipes for for Seniors 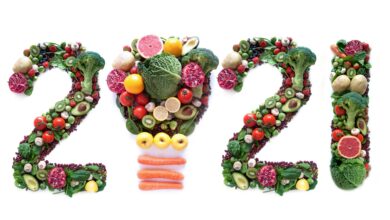 Kick Off 2021 with This List of Delicious and Healthy Meals 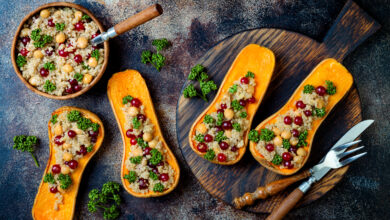 The Cash Back Credit Card