The skies in August will have seemingly less activity than the previous months when the collective witnessed several eclipses and at least five planets were in retrograde. For the next few weeks, at least, only four will be back-spinning through the universe with Mars already in its pre-shadow phase.

Mars, named after the Roman god of war and ruler of the zodiac sign of Aries, is the planet associated with raw primal energy, like passion, power, and sex. Even though astrologers have linked Mars to masculinity, the planet’s energy affects everyone since we all carry masculine and feminine energies within us, regardless of gender identification.

During the last week of July, around the 25th, Mars will enter the pre-shadow phase that lasts until September 9. Then, it will officially be in retrograde in the sign of Aries until mid-November and will go direct for about another two years. During its retrograde, the collective can likely experience bouts of inertia. That is to say, motivation may be lacking and that drive you counted on to push you through projects could dwindle. As a result, frustrations are bound to occur, and tempers can become a bit shorter. Don’t be surprised if you’re sexual drive takes a serious nosedive, too.

As the planet of primal energy, Mars is the force behind sexual desire. Depending on where it is located in your chart, your sexual energy can be seen as sensual, like that of the decadent Taurus. Or, it can be intense, like that of the mysterious Scorpio. During retrograde season, however, that sexual energy is weakened. To use the downtime to your advantage, take time to reevaluate the things that motivate you both emotionally and sexually.

During the pre-shadow period, the planets typically don’t cause much disruption to your daily life, but they do give insight as to where complications during the retrograde are likely to occur. Pay attention to your energy levels in these coming weeks, especially when it comes to your career and love life. Any lack of motivation or lack of passion in these two arenas will surely come back up again in September.

Since Venus came out of the post-shadow period at the end of July, the love planet is no longer to blame for any major relationship mishaps. Yet, the partnerships that overcame their miscommunication issues during the retrograde aren’t totally in the clear. Sexual compatibility is just as important and with Mars entering its pre-shadow phase, couples may begin experiencing complications in the bedroom.

There’s A Full Moon in Aquarius

The Aquarius influence is unconventional and avant-garde. They don’t care for rules and regulations and are known for going up against any system. For that reason, August 3 presents the collective with the perfect opportunity to look within and get rid of any out-dated thinking that may still be lingering about in the recesses of the mind.

The Black Lives Matter movement and the human rights protests sparking across the globe have been instrumental in bringing to light where society continues to operate under out-dated thinking. These humanitarian issues have also fueled uncomfortable but necessary conversations within the home, where older generations are being held accountable for their discriminatory ways. Simultaneously, the younger generations are being taught inclusivity and self-acceptance.

Out With the Old

So with the full moon in this sign, reassess any areas in your life that may uphold dated behavior. This also includes views on sexuality. Among other human rights violations, the fight for sexual freedom continues to rage on. Who folks love and how they love is still a topic of controversy. Conversations surrounding sexuality, sexual orientation, and gender identification are still heavily debated. The effects of the Aquarius full moon, however, could help to release some judgment in that department, even if on an individual basis. Look within to see where you can be more open-minded in matters of the heart, not just concerning others but for yourself.

Everywhere you look, there is an idea of what a healthy relationship looks like based on what society has taught us is acceptable. Yet, so many people are not fulfilled in these relationships and tend to lose passion for their partner. With Mars’ pre-shadow in effect and in combination with the full moon, the cosmos seem to be giving people the chance to see where these sexual inconsistencies or blockages may be stemming from.

And In With the New Moon

The two week period leading up to the new moon gives plenty of time to figure out what these possible blocks to liberation may be and how to fix them. On the 19th, prepare to start anew as the moon transits through the fiery sign of Leo.

According to Eastern schools of thought, this fire sign is associated with the solar plexus chakra. A chakra is an energetic wheel in the body that helps to keep you in alignment. Specifically, the solar plexus chakra deals with your personal power, confidence, and creativity. Having this chakra in alignment is similar to when a Leo is at their best. Their presence alone commands attention, and their high self-esteem makes them naturally sexual beings.

For those who took a cue from the Aquarius moon vibes and released the constraints keeping them from total liberation, this Leo new moon on August 19 will have you feeling like a better version of you. New moons typically represent the onset of new things, new ways of being, and fresh perspectives.

Coincidentally enough, right after the new moon gives folks a clean slate, Virgo season rolls on in to get and keep everything in top shape. In astrology, the zodiac sign Virgo is associated with purity. Many are quick to assume that means virginal purity. That is a slight misconception. Though the sign can represent sexual purity, more than anything, it speaks to wanting to be in its purest form. Virgos strive for perfection in everything they do and everything they possess.

From August 23 until September 22, you may have a sudden need to get yourself in order, as this sign loves a good to-do list. It’s no surprise that this is also around the same time people start getting ready for school or returning to work. The Leo season was all about having fun, but Virgo season brings things back down to earth where practical matters rule.

The Mars pre-shadow period that began at the end of July could already be giving you insight as to what things fuel your passions and push you to move forward in life. On the other hand, you could be realizing that some things are more of a drain to your energy. But for now, these are just subtle hints and won’t be glaringly obvious until Mars is in retrograde motion.

The Aquarius full moon will show the collective what’s been keeping them from experiencing real freedom, and the Leo new moon will give them the confidence to go after it. Meanwhile, the Virgo season will bring it all into fruition by practical means. 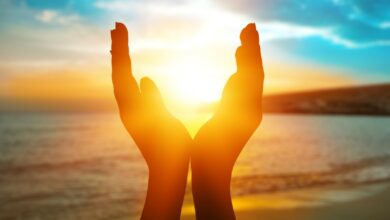 The Longest Day of the Year with the Summer Solstice 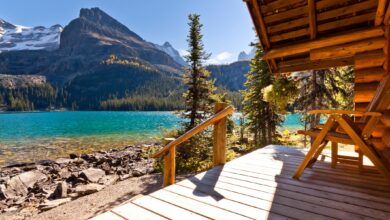 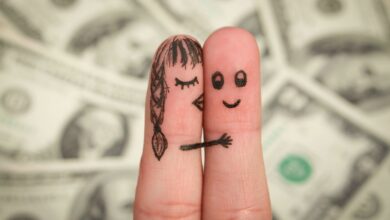 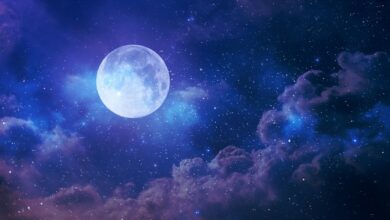 There’s a New Moon in Virgo, Here’s What It Means for Your Zodiac Sign