A A A
50 years. It has been 50 years since the world began celebrating, well, itself. Since April 22, 1970, countries began rallying together to commemorate the greatest host of all: our planet. The idea was sparked from the environmental movement of the late 1960s that finally saw pollution regulations implemented on the federal level. Now, these 50 years later, about 193 countries show up every April 22nd to celebrate our common mother, Mother Earth. Yet as the theme of climate is chosen at these times of a pandemic, some astrologists might be wondering: What can we expect?

The Movement of the Planets

Read More »
April 3rd saw Venus enter Gemini. This sign is considered “vacillating” by many, and it will stay that way clear until the 7th of August. Why is it present for so long? Venus will go into retrograde from the 13th of May clear until the 25th of June. During this time, an individual should focus on issues related to love and to money – and can’t we all say that now in this time of a pandemic? Perhaps this retrograde can provide us with inspiration to introspect. While we are still in the month of April, though, we must stay focused to what choices we make as they will impact us in our preparation for the long Venus time ahead and the upcoming retrograde.

The Relationship with Lunar Signs

The 7th of April say a full moon, one oriented in relationships with Libra. These relationships could be personal and could be business, perhaps related to struggle, to departure, or to a personal crisis. It symbolizes in many ways that we cannot control relationships but rather we must sit in them and participate in how we relate. Right now, the world is likely relating in a much different light than we have for many years. Throw in Mars opposite to Uranus during the full lunar prescence and we’ve already resulted in a lot of volatile astrology so far in this month leading up to Earth Day.

Events on Earth Day Itself

Yet the 22nd of April holds its owns surprises. The sign of Taurus arrives in its sensual form, and the New Moon appears on Earth Day itself. Just four days later, on April 26th, we see an alignment between the Sun and Uranus within the sign of Taurus. This phenomenon will entice us to indulge in sensual things and perhaps to fall into financial hardship. The key will be to guarding how we speak and act the previous day on the 25th. As Pluto begins to turn to retrograde, Mercury – within Aries – sees it go.

What That Means for Earth Day

We are in incredibly unique times where the things predicted by this month’s (and next month’s) astrology already leaves us hanging in the balance. Many people are facing hardships financially as jobs are cut in the effort to slow the pandemic. Relationships are tense as more and more people are forced to be indoors together for longer hours and perhaps with more financial burden than before. Social distancing leaves us in an odd place with our exterior relationships, despite many of us having access to great resources for online connectivity. It’s changing the way we live – sometimes positively, and sometimes chaotically so that we find buried energies to hurl at one another.

Yet we are moving into another unifying piece of global celebration: Earth Day. No matter who you are or where you live on this planet,… you live on this planet! There may be invisible enemies causing extreme difficulties, despair, loss, illness, and other hardships, but one look out the window shows that the earth itself is still here and still as it was before all of this began. Why these factors are important to consider is there will be many physical differences about how we celebrate Earth Day as well as the priorities some people may have in mind that they wouldn’t otherwise be thinking about (were there no pandemic). And, furthermore, we have the added factor that the signs and life in general is leading us down and astrological interpretation that we should prepare mentally for in order to engage in this celebrating time in a healthy manner.

At this time, please mind your horoscope. The wonderful thing about a horoscope is it mentally prepares you for things you otherwise wouldn’t predict, and it’s based off of centuries of lunar and solar tracking, wisdom, and other studies. Especially if you are a Taurus, be aware of the twelfth house at this time; for they say social distancing has caused many of us to recede into vivid dreams. Let none of us forget the need for Mother Earth at this time 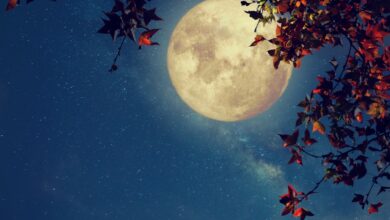 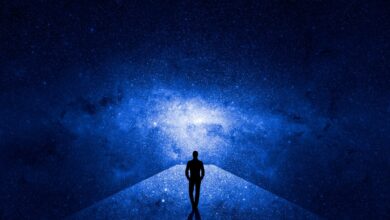 Neptune & its Connection to Mental Illness

These Energetic Shifts are taking place in March