A A A
Fans of DC Comics undoubtedly heard that the “Batman” franchise’s “Batgirl” spinoff was euthanized by Warner Brothers executives in early August. To some Batman purists, this was welcome news. But to many fans of the comic book series, this came as a shocking disappointment. Not only did Warner Brothers yank the “Batgirl” film from its cinematic release schedule, but the announcement came with the additional by-the-way news that it will not even be streamed on HBO Max, which had many scratching their heads.

So why can’t you see “Batgirl” in the theaters or even stream “Batgirl” on HBO Max? There is a lot to unpack here, so strap on your cape and cowl, and let’s fire up the bat signal.

Who Is Batgirl and Why Should I Care About Her

Read More »
In the DC Comics comic book series, Batgirl is the alter ego of Barbara Gordon, the daughter of Gotham City Police Commissioner James Gordon who pals around with Batman. After she was paralyzed by the Joker in the iconic “Batman: The Killing Joke” storyline, Barbara took up the mantle of Oracle, providing intelligence and computer support to Batman and other heroes as a founding member of the Birds of Prey.

In recent years, DC Comics has been trying to increase the profile of Batgirl as they did with Wonder Woman in the lead-up to her blockbuster film. In 2016, DC Comics rebooted the “Batgirl” comic book series with a new creative team and a new focus on making Barbara Gordon an interesting and relatable character for modern readers. The series was very well-received by fans and critics, and a film script was commissioned, the movie was cast and shot, and editing started when, seemingly out of nowhere and as a major surprise to fans of the iconic character and comic books series, the Warner Brothers’ “Batgirl” film was unceremoniously killed.

So What the Heck Happened with the “Batgirl” Movie?

The “Batgirl” movie was originally announced in March 2017 with Joss Whedon attached to write and direct. If that name sounds familiar, it is because he is the creative mind behind “Buffy the Vampire Slayer,” “Firefly,” “The Avengers,” and “Justice League.” So when it was announced that he was attached to write and direct a “Batgirl” movie, fans were understandably excited.

Fast forward to August 2019, and Warner Brothers suddenly and without warning pulled the plug on the “Batgirl” movie. In a statement, Warner Brothers said that Whedon “could not come up with a story that was good enough.”

Whedon stepped away from the project in April of this year, with Warner Brothers citing creative differences. It was widely rumored at the time that Whedon was having difficulty with the script, but that did not stop Warner Brothers from bringing in another writer to try and salvage the project.

It was then announced that Christina Hodson, who wrote the “Bumblebee” screenplay, was brought on to write a new draft of the “Batgirl” script. Hodson delivered a new script in April 2018, with Adil El Arbi and Bilall Fallah hired to direct. It was then confirmed in May of 2021 that the movie was going to be an HBO Max original, which helped boost buzz for the fairly young HBO Max steaming service. The cast was set — with Michael Keaton reprising the role of Batman to the delight of fans of the 1988 film everywhere — and filming started. It was completed and in the final stages of post-production when the film executives at Warner Brothers pulled the plug.

After Saving Her Drowning Cub, The Mama Bear Hugged This Man!

This is the big question. And it doesn’t seem like any answer or comment on the subject has been satisfactory. The bottom line, according to the Warner Brothers Discovery film execs, was that they did not want to move forward with premiering the Batgirl movie theatrically or even downshift it to the original idea for HBO Max in 2022 as originally planned because the film “did not work” and didn’t jibe with the CEO’s mandate to make big event films from the DC Comics library.

There were also additional rumors that the movie, well, sucked. According to some reports from the likes of Rolling Stone and Collider, initial test screenings of the movie weren’t great. If there is any truth to this, then perhaps Warner Brothers Discover did the die-hard fans a service by pulling the movie. There is nothing worse than getting your hopes up for an epic franchise movie only to be disappointed in the dark for two and a half hours.

And then there was the report from Variety that indicated that Warner Brothers Discovery axed the Batgirl movie because they wanted the tax write-off. So instead of pouring tens of millions more into the project, they thought it better to cut their losses, maybe sell off the project, and count it as a loss.

Ultimately, it sounds like the studio was desperate to cut costs. The Batgirl HBO Max movie, which was originally budgeted at $70 million, crept all the way up to $90 million when filming ended. And some are saying that in order to finish the movie and properly promote it on HBO Max or in theaters, then Warner Brothers Discovery would need to dump another $90 million into it. If the Leslie Grace Batgirl movie is as not good as the rumors suggest it is, then perhaps Warner Brothers Discover made the right decision.

While the Batgirl movie is gone, it may never be forgotten. In fact, it now ranks up there with some of the biggest movies to ever be canceled. Hollywood generally has a short memory, but not necessarily when it comes to expensive wastes of money like a potentially theatrical release getting snuffed.

This is no consolation for stars Leslie Grace, Michael Keaton, JK Simmons, and Brendan Fraser. If the movie never gets released, fans may never be able to see Michael Keaton be Batman again. If the Batgirl movie doesn’t find a home, then what can we say for the future of the Batgirl franchise? Is this single movie project dead? Or is anything related to Batgirl so toxic that no one wants to pursue a new creative endeavor?

44 Pics From North Korea They Never Wanted To Be Leaked

All we know about the Batgirl movie from the few reports of test screenings available is that it was underwhelming. And let’s also note that visual effects during test screenings are not always finalized, so the test screening audiences must use their imagination on occasion. In this day and age of Marvel- and Star Wars-level computer-generated images, that is a big ask.

So was it possibly as bad as they said it was?

The truth is, nobody will truly know until the movie is seen by a wide audience. Ultimately, Warner Brothers Discovery should release the movie or sell it off to someone else that would want to release the movie. If it is true that the movie doesn’t quite hold up to franchise standard, well, that won’t be the first time. I mean, can we talk about some of those Batman movies from the 1990s that plugged and played whatever trending A-list actor would be fun in a role as Batman or a villain or a supporting character (I’m looking at you George Clooney, Uma Thurman, Arnold Schwarzenegger, Chris O’Donnell, and Alicia Silverstone).

But let’s back up a bit and look at the future of the Batgirl movie from a new and completely different angle. Let’s say the movie isn’t up to standards and is a semi-dud. Now that the film cancelation is officially news and everybody out there — not just the comic book fans — knows all about how a movie with a giant budget was snuffed from existence, the PR meter is off the charts. If there is no such thing as bad PR, then the Batgirl movie has a fighting chance of being a hit.

Because the Batgirl movie is officially an underdog!

If there is any chance that Netflix or Amazon Prime or Hulu or any other streamer out there can acquire the nearly finished Batgirl movie, then there is equally a chance that audiences find ways to love it instead of finding ways to blast their unfiltered complaints all over Twitter. Because everybody roots for the underdog. 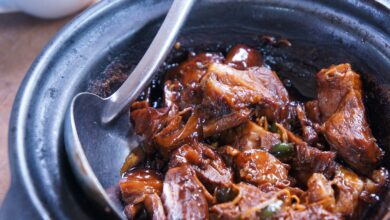 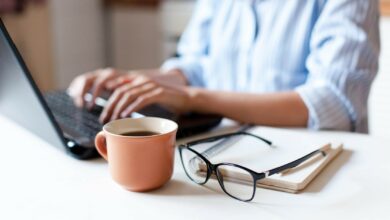 How you can save money when you are working from home 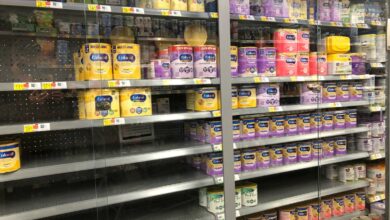 The Latest on the U.S.’ Baby Formula Shortage 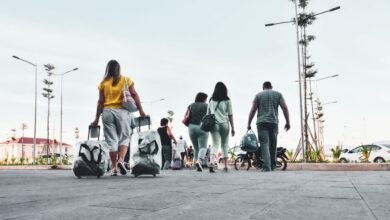 Waves of Americans are migrating from expensive to less costly states