Leaked Majority Draft Opinion Indicates the Overturning of Roe v. Wade – Daily Access News
A A A
The landscape of women’s rights in America could be about to undergo a significant change. A leaked document published in Politico late Monday indicates that the U.S. Supreme Court is leaning toward overturning the historic Roe v. Wade case, striking down the federal right of women to seek an abortion.

About the Leaked Draft

The majority opinion was penned by Justice Samuel Alito and circulated within the court in early February. It is important to note that the final opinion has not been released. This means that the nine justices could conceivably change their vote. The court confirmed on Tuesday that the draft was authentic while also stressing that the vote was not the final decision.

Read More »
The case that triggered the leak is Dobbs v. Jackson, a challenge to the state of Mississippi’s 15-week ban on abortion. The oral arguments for this case were heard on December 1. The final opinion on this case is expected to be available in late June prior to the court’s annual recess.

Heading into this year’s session of the court, the Dobbs opinion was undoubtedly the most anticipated case on the docket. Given the court’s current conservative leanings, many judicial experts predicted that the justices would vote to scale back women’s rights.

Diving Into the Details on the Preliminary Vote and Draft

The wording of the draft details how the court would overturn Roe v. Wade, striking down a woman’s constitutional right to an abortion. Should this opinion be the final decision, it would make it the most significant decision on a woman’s right to choose in nearly 50 years.

According to the draft, five justices would vote to reverse Roe v. Wade. In addition to the majority opinion by Alito, Justices Clarence Thomas, Neil Gorsuch, Brett Kavanaugh, and Amy Coney Barrett also lined with the majority. It would appear that Chief Justice John Roberts did not want to side with the majority, choosing to dissent from Alito’s draft. The court’s three liberal justices are also expected to join the dissent.

Under current abortion law, the government is not allowed to interfere with abortions before 23 weeks. This is the established stage of viability outside of the womb. The current Mississippi case in question was seeking to abolish abortion after 15 weeks of pregnancy.

The Turnaway Study: The Cost of Denying Women Access to Abortion

The leak also marks a frightening breach of confidentiality within the Supreme Court. It is not known where the leak originated. Roberts announced on Tuesday that he had ordered an investigation into the leak. Calling the leak a “singular and egregious breach,” Roberts said that he asked the Marshal of the Court to investigate the source of the leak. Roberts used harsh language to condemn the leak, referring to it as a “betrayal.”

The court has been traditionally known for its high standards of secrecy, making this leak even more alarming. The publishing of a preliminary draft is unprecedented, particularly given the court’s reputation for carefully guarding the details of its cases and where the votes are headed.

What the Opinion Would Mean to Abortion Rights in America

A reversal of the landmark Roe v. Wade case would put abortion polices back at the state level. This would most likely lead to a patchwork of regulations throughout the country. While abortions are expected to remain widely available in states led by Democrats, some red states have already put legislation into place that limit or completely ban abortions should the case be overturned.

Supporters of Roe v. Wade point to the fact that women seeking abortions will now need to travel to states where it is legal or have the procedure performed illegally, putting their health at risk. Critics of the ban also say that overturning the case will simply make abortions harder to get for those without the financial means to travel, instigating a further punishment on lower-class Americans.

Protestors immediately swarmed the grounds outside of the Supreme Court following the announcement of the leak. The protests have become more vocal throughout the day Tuesday. Joining those protesting the opinion draft have been pro-life demonstrators, praising the court’s initial decision.

Lawmakers Weigh in on Leaked Draft

President Joe Biden weighed in on the leak on Tuesday morning while speaking to reporters outside Joint Base Andrews, calling a woman’s right to choose “fundamental.” Biden was joined by Democratic lawmakers, including Vice President Kamala Harris, in expressing their dismay about the leaked opinion. Several of the party’s leaders also called for the elimination of the filibuster as an effort to pass more legislation designed to protect these rights if this is where the Supreme Court is headed.

Individual state governors were also quick to comment on the issue. South Dakota Governor Kristi Noem said that she will call a special session to align with the potential overturning of Roe v. Wade. On the other side of the aisle, Washington Governor Jay Inslee reiterated his state’s commitment to protecting a woman’s right to choose.

Political experts are now busy attempting to discern how this decision could potentially impact the upcoming mid-term elections. If the Supreme Court decision comes to fruition, this could fire up the Democratic base, helping them to keep control of the Senate and the House of Representatives.

Many red states already have trigger-bans in place regarding this controversial issue. This means that they will not need to call a special legislature to overturn their own state policies should abortion rights be abolished at the federal level. 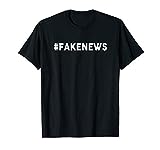 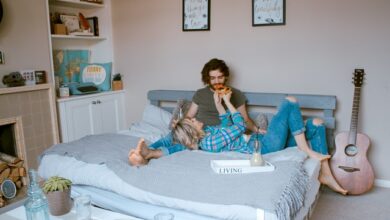 Feng Shui Your Bedroom To Boost Your Love Life 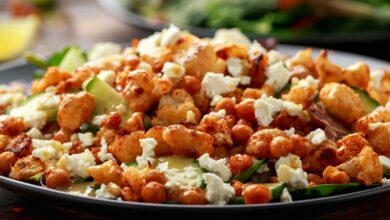 Start Your Vegetarian Journey with These Tasty Plant-Based Recipes 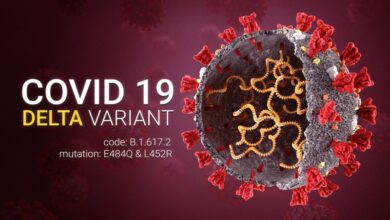 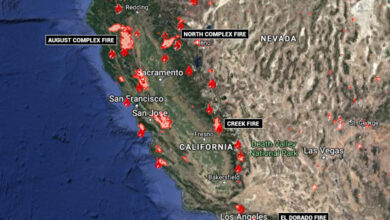