How did Veteran’s Day originate?

Sources differ on the exact origin of Veteran’s Day. We know for certain that Woodrow Wilson declared the one-year anniversary of the end of World War I Armistice Day. Wilson did this to celebrate the armistice deal that brought The Great War (called such because it was fought on land, sea, and in the air by those involved) to an end. At that time, Armistice Day was not a day considered a federal holiday. Federal businesses were not closed on that day, and at that time, it was more of a day of respect for those who had served.

In 1921, America, France and Great Britain each buried an unknown soldier from World War I. In America, the unnamed soldier was buried at Arlington National Cemetery. The Tomb of the Unknown Soldier has since become a focal point for America’s reverence regarding our veterans. The World War I veteran was buried in the Tomb of the Unknown Soldier on November 11, 1921; both France and Great Britain held similar ceremonies on the same day. In Great Britain, the day became universally known as Remembrance Day. In America, it was Armistice Day, and we had been acknowledging the day for at least two years in 1921.

Read More »
It was 1926 before a Congressional resolution made the day one that would be observed on a federal level. However, it was 1938 before it was made a federal holiday rather than a mere observance. It was originally called Armistice Day to honor the day that World War I had ended (with an armistice between the countries involved in the war), but, World War I was not “the War to end all wars,” as was the hope of the time. Within three years after Armistice Day was first made a federal holiday, the United States was once again embroiled in a great war which took place on the world’s stage.

Our nation still observed Armistice Day through World War II as the intention of the holiday is to honor those who have served. However, in 1947, Armistice Day unofficially became Veteran’s Day. In Birmingham, Alabama, a World War II veteran by the name of Raymond Weeks held a “National Veterans Day.” During Mr. Weeks’ celebration, a parade was held and other festivities honored local veterans. By 1954, Congress had passed a bill – later signed by President Dwight D. Eisenhower – which would officially change the name to Veteran’s Day. Weeks’ parade and festivities were celebrated each year. For his efforts, in 1982, President Reagan awarded Mr. Weeks the Presidential Citizen’s Medal.

Yet, Veteran’s Day was still to undergo some changes. When Armistice Day had been originally celebrated, it was in part to the armistice agreement signed by the Allies and Axis powers of World War I. This took place on the 11th day of the 11th month of the year. (Fighting stopped at 11:00 AM that morning as well.) Armistice Day was not originally a federal holiday in which federal buildings were shuttered, but rather a day of observance. The first year that Armistice Day was actually a federal holiday was 1938. In 1954, it officially became Veteran’s Day; like Armistice Day, it was celebrated on November 11 each year.

Changes to the Way we Celebrate Veterans Day

Why don’t we Celebrate Veterans Day on Sundays?

Veterans Day has never been celebrated on a Sunday. Even when November 11 falls on a Saturday or a Sunday, federal businesses such as banks and the postal service will observe Veterans Day either the Friday before November 11 or the Monday after November 11. This fun fact is one that has been a part of the tradition of the holiday for decades.

We previously mentioned the unidentified American soldier buried in the tomb; however, the World War II veteran is not the only unnamed soldier laid to rest there. On Memorial Day 1958, two unidentified United States soldiers were laid to rest in the Tomb of the Unknowns. One soldier had fought in World War II; the other had fought in the Korean War. To date, none of these men have been identified. A fourth unidentified soldier was brought to be buried in the tomb in 1984. (Later, this soldier was exhumed; his remains underwent DNA testing, which showed him to be Air Force 1st Lieutenant Michael Joseph Blassie, who was later reburied in a cemetery in Missouri. The remaining men buried in the Tomb of the Unknowns are symbolic of those who gave their lives in all wars. The tomb is guarded by a member of the Army honor guard, also known as the 3rd U.S. Infantry. Another nickname for this honor guard is “The Old Guard.”

Being able to work as a guard at the Tomb of the Unknown Soldier is considered a high honor, and it is a coveted position.

Now that we understand why the Tomb of the Unknown Soldier is important, we can understand why Americans make a point to attend the wreath-laying ceremony held there on Veterans Day. The president is in attendance, and moments of reverence for our brave war dead are held. As befitting the situation, “Taps” is played by a bugler.

Only a Cullen Can Answer All of These Twilight Trivia Questions

Once the wreath has been laid, the sitting president and others move into the amphitheater on Arlington Cemetery grounds.

States and municipalities also celebrate Veterans Day; often these ceremonies are not uniform, as the wreath-laying ceremony at the Tomb of the Unknowns has come to be. Some places hold parades; some state offices are closed for the day.

Remembering our veterans is an important part of being an American. These brave individuals have sacrificed so that we can enjoy our freedoms; we should honor and celebrate such bravery. 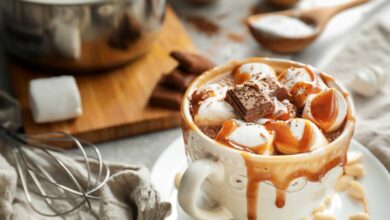 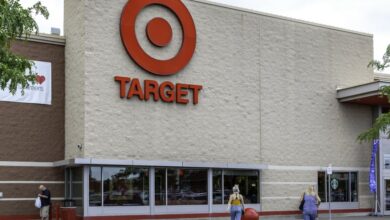 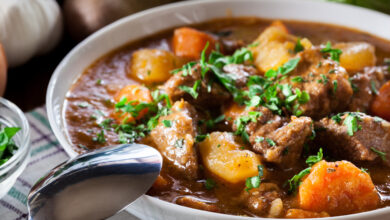 10 Stews from Around the World You Can Cook at Home 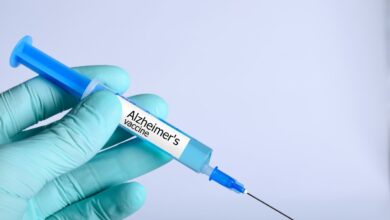 Alzheimer’s vaccine said to be on the horizon