Evaluating the History of Christopher Columbus and Researching the Voyage

Read More »
Christopher Columbus was born in 1451, and he was raised in Italy. When Christopher was a young man, he frequently studied sailing, navigation and geography. During 1470, he was hired by a local king, and he became a crew member on a military ship. He participated in several types of naval battles, and during this time period, the local king was attempting to conquer the Kingdom of Naples.

Once Christopher returned to his home, he received an apprenticeship in his hometown. Several experts taught Christopher to organize international trades, and he evaluated many products that could generate substantial profits. While he was studying international economics, he also sailed to a large island that is situated in the Aegean Sea.

Searching for a Trade Route

During the 15th century, many navigators attempted to find a trade route that would allow the sailors to reach China. Some sailors had traveled westward for more than five months, yet the navigators had not discovered a new route. 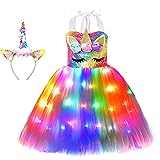 During January 1492, the motivated captain described the voyage to the king of Spain, and he also contacted the queen of Spain. Eventually, the royal family approved the request, offered the necessary funds and provided an experienced crew. The royal family suggested that Christopher Columbus could become the viceroy of the new lands. Once the colonies generated revenue, the captain would receive 10 percent of the revenue.

Sailing to North America and Exploring the Atlantic Ocean

The durable ships sailed for more than five weeks, and the ships were affected by numerous storms. On October 7, 1492, the crew observed a large flock of birds. Once the crew saw these birds, multiple sailors believed that the ships were traveling toward an island.

On October 11, 1492, the crew spotted land, and the crew quickly notified Christopher Columbus. When the ships reached the land, the crew met the local inhabitants. The sailors attempted to communicate with the local inhabitants, and the people kindly greeted the visitors. The crew had reached San Salvador, and this island has an area of at least 62 square miles. San Salvador features gorgeous forests, large lakes, sizable hills and many types of trails.

Once the crew explored San Salvador, the sailors searched for nearby islands, and on October 28, 1492, the ships reached Cuba. The crew visited the northeastern region of Cuba, met the local inhabitants and found several villages.

In November 1492, Christopher Columbus also explored Hispaniola, and currently, this island contains several countries. The captain met a local leader, and the chieftain allowed some sailors to remain on the island.

During January 1493, the ships reached a large bay that is located near Hispaniola. The crew met a belligerent group that resided on the island, and according to several reports, this tribe was the only group that did not welcome the sailors. After the ships left Hispaniola, the crew encountered a substantial storm. Eventually, the ships reached the Azores, and some of the sailors found a local chapel. The sailors prayed, explored the island and rested. While the crew visited the island, the governor imprisoned multiple sailors for two days. The governor believed that the sailors were pirates, but once Christopher Columbus described the long voyage, the governor quickly released the sailors.

The ships sailed to Portugal, and subsequently, the ships traveled to Spain. The royal family welcomed the sailors, celebrated the founding of North America and provided many types of rewards. Additionally, Christopher Columbus helped the royal family to plan the next voyage.

Celebrating the Founding of North America and Organizing the New Voyages

In September 1493, Christopher Columbus prepared for his next voyage, and the royal family provided 17 ships, more than 1,200 sailors and extra supplies. During November 1493, the ships arrived at the Windward Islands. The sailors visited Antigua, the Virgin Islands, Montserrat, Saint Martin and other islands. In March 1496, the ships traveled toward Spain, and the sailors arrived during July 1496.

The captain managed multiple voyages that helped the sailors to explore North America, and he also located many islands. When people celebrate Columbus Day, they are recognizing the bravery of Christopher Columbus, the innovation of the sailors and the perseverance of the crew. 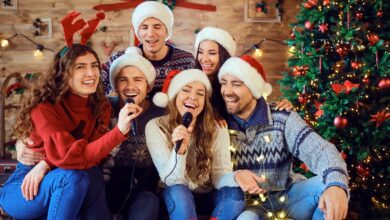 Specially Picked Songs for the Zodiac to Celebrate the Holiday Season 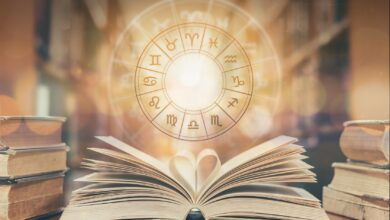 Healing Through Sex with Scorpio 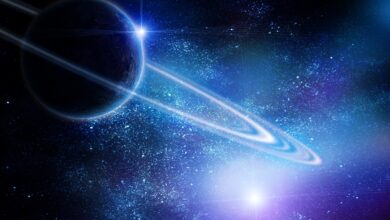 Saturn in Capricorn: Reaping What You Sow