A A A
Do you talk with a mouth full of food on a first date? Do you chew loudly or slurp your food? If so, that could be a reason you are staying single.

A recent survey found that three in five Americans would break up or end a date early with someone if that person had an annoying food habit. Surprisingly, men are nearly twice as likely to end a date due to food habits that annoy them than women, according to the poll. Half of the respondents admitted that they actually had ended a date because of poor table manners. It’s not only eating badly. The food you order on a first date might also doom a relationship, according to another recent poll.

Read More »
The surveys were conducted by One Poll.

Research shows how important food is when it comes to our love life, says Paul Baker, founder of St Pierre Bakery.

Food provides a topic to talk about during a date and to discuss eating preferences, which can prove to be a make-or-break factor when it comes to a possible future partner, Baker adds. Generally, both surveys found, those who eat messily and chew loudly should not expect a second date.

Interestingly, asking for a box to take home some of your food at a sit-down restaurant is also a no-no for many people on a first date.

Here is a look at the food habits that annoy people the most, according to a poll of 2,000 Americans conducted for food maker Farm Rich. The poll included slightly more women than men, covered ages 18 to more than 55, and included people in all 50 states.

• Talking while your mouth is full.

This habit was considered the most annoying. Almost seven in every 10 respondents to the poll said they found this a date-breaker, although three out of 10 of those questioned in the poll admitted that they, too, were guilty of committing this bad eating habit.

Loud chewing was cited by almost as many as talking with your mouth full. The noise would irritate 64 percent of the respondents who would be likely to break off with the chewer as a result.

Chewing your food without closing your lips while doing so was cited by 63 percent as one of the food habits that would annoy them the most.

Illegal Photos of Life in North Korea That Are Mind Blowing

Clearly this mannerism—mentioned by 52 percent of the respondents as an irritating food habit— occurs largely when drinking coffee, tea or soup. Instead of simply drinking the coffee, slurpers draw the liquid up from the cup into their mouths, making a sound that many find disgusting.

The same sound occurs when people drinking soup draw the soup from the spoon into their mouths instead of placing the spoon firmly in their mouths.

When a person takes a chip, places it in the dip, eats part of the chip, and places it again in the dip, it’s called double-dipping. To many people, this action is disgusting as it could spread germs, particularly if the person doing the double-dipping is sick.

If the person continues to double-dip many times, the practice becomes so much more offensive.

Although the chances of spreading illness in this way is said to be remote, just the thought of it possibly happening is enough to put many people off the double-dipper.

Almost half of the poll participants found this habit to be a date-breaker.

• Eating food that has fallen on the floor

This habit was rated annoying by 41 percent of the poll participants.

This was cited by a number of respondents as so annoying that they would never eat with that person again.

Among other annoying practices that respondents mentioned were: Scraping utensils against the plate; picking their teeth with their fingers at the table after a meal; using a fork upside down; questioning the price of everything on the menu; chewing ice cubes; licking plates; licking their fingers; having food caught in a mustache or beard; using salt and pepper excessively; and eating off the other person’s plate.

A separate poll found that most people believe that a first date should always involve a meal.

But messy foods should not be eaten until the fourth date, according to the poll of 3,000 American adults conducted by One Poll for St Pierre Bakery.

Most popular types of meals

The survey found that the most popular ways of including food on a date are:

In selecting the meals that are safer than others on a date night, the poll found the most popular to be:

Food that people are most likely to avoid on a first date all involve seafood.

Among the desserts generally seen as risk-free in daters’ eyes are chocolate brownies (16 percent) and apple pies (15 percent).

When it comes to a marriage proposal, the top meal that people would choose is steak. This, ironically, is also the best dish to have when breaking up with someone, the poll found.

The top characteristic that people look for in a possible partner is whether the person is a good cook, according to a separate survey of 2,000 Americans conducted by One Poll for chicken, pork and turkey processing company Perdue. 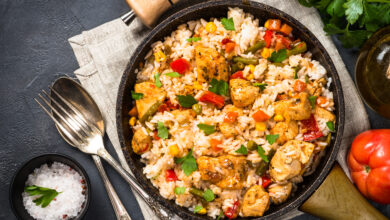 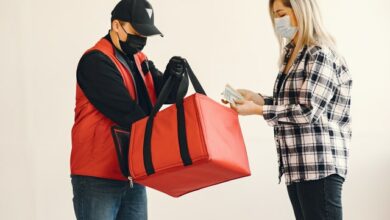 Restaurants need Delivery Apps to Survive during the Pandemic 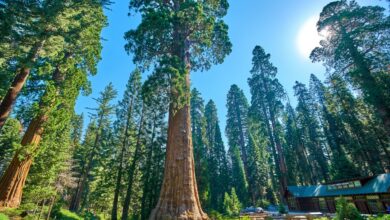 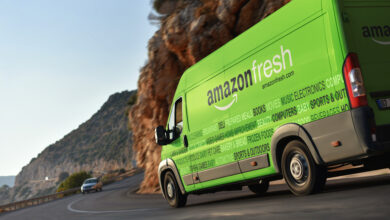 Amazon Fresh: A New Way to Get Groceries Delivered