Beginning on August 19, 2021, to January 18, 2021, the planet of rebellion and breakthroughs, Uranus, will begin a backward track in the sign of Taurus. During Uranus’s 7-year journey through Taurus, it will be moving back and forth between direct and retrograde motion. Whenever a planet moves backward, the energy of the planet is augmented a bit. In the case of Uranus, the energy of rebellion and the desire to break through is even more pronounced. Get ready for the unexpected that will ultimately push us to be more sincere and honest about who and what we are. Sometimes it’s necessary to take a couple of steps back in order to move forward. For the next couple of months, we all will get the opportunity to really assess whether or not our lives are working and if not, find the innovative and revolutionary energy to push forward or to finally make the breaks needed to take the insightful leaps towards our own expansive awareness. Continue to read on to learn more about the Uranus retrograde transit in Taurus.

When Uranus Moves Backwards
The experience of Uranus retrograde is something that we have been going through since Uranus begin transiting the sign of Taurus in 2018. For the seven years that Uranus transits Taurus, the planet will make several retrograde motions. Traditionally, Uranus is associated with revolutionary, rebellious, and eccentric energy. Of all of the planets in the solar system, Uranus is the only planet that moves in a different direction as it orbits around the sun. While all of the other planets move east to west, Uranus moves north to south around the Sun. This is representative of the energy of moving to the beat of your own drum which is what Uranus energy definitely stands for. This is also the energy associated with electricity, so there are likely to be upheavals created by surprising events. However, these shocking events are what lead to our evolutionary leaps and bounds.

Read More »
When Uranus is retrograde, all of the traditional characteristics which define this planetary energy are enhanced. It’s as if there is a caged person seeking to release itself from anything that feels oppressive. This is definitely an energy that pushes people to honor whatever aspect in them that is different, eccentric, and perhaps what other people would think is offbeat. Uranus retrograde internalizes the energy of feeling the need to break free instead of projecting it outside into an external environment, and because of this, Uranus retrograde energy can be quite intense to experience. This is particularly true when Uranus finally releases its lightning bolts in order to get us to give up the oppressive shackles of societal and familial expectations, and outdated dogmas that keep us from achieving the evolutionary advancements that are possible.

Reversals For Breakthroughs
During this Uranus retrograde in Taurus period, we could end up experiencing reversals that lead to breakthroughs. Many people are wary of retrogrades because the energy is not moving direct. However, retrograded energy can be incredibly helpful because it pushes us to internalize a planet’s energy in order to get the most from it. In the case of Uranus, the retrograde energy is likely to be sought in an internal manner which will ultimately affect us throughout our lives. By internalizing Uranus energy, we are more likely to choose to apply Uranus energy to our own selves as opposed to attempting to be the rebel toward an external circumstance.

For example, Uranus’ energy moving in the traditional direct manner will attempt to do something to express its rebellious, eccentric, and unique energy into his external environment. This could mean anything from wearing different hair colors and choosing to join alternative fringe groups which align with a specific revolutionary idea or concept.

Rethinking Our Freedoms
From now until mid-January, we all are going to feel the need to rethink our freedoms. With the planet Uranus, freedom is especially important. It is the energy that allows us the opportunity to be who we are and live in the manner in which we desire. With Uranus, there is this understanding that there is a price to pay for freedom. Before the Aquarian-ruled Uranus, we experience the Saturn-ruled Capricorn which reminds us that we must be accountable and responsible to ourselves. This Saturn lesson is important to realize and integrate when considering that after the experience of Capricorn, we move into the experience of Aquarius. It is also important to note that Saturn is a co-ruler along with Uranus of Aquarius. Thus, the themes of freedom and responsibility associated with Uranus and Saturn energy are intertwined.

As Uranus retrogrades through the sign of Taurus, we all will get to rethink and reconsider how we approached Taurean themes. As the Venus-ruled earth sign, Taurus energy focuses on the physical manifestation of Venus energy. It is under this energy that we establish the solid, firm foundations that enable us to enjoy the sensory aspect of the physical experience. Firm foundations allow us to settle in and have the secure place to “be in our bodies” and enjoy the experience of being in the physical.

With Uranus retrograde in Taurus, there are likely to be shakeups in our foundations, values, finances, and relationships as these are the realms that are ruled by Venus. Due to the internalized energy of Uranus retrograde, we will be considering whether these areas of our lives ruled by Venus are in alignment with who we are. Here are some questions to ask ourselves during the retrograde Uranus in Taurus period.

-Are our existing foundations allowing us the freedom to live authentically and break beyond limitations?

-Are our finances and the way in which we earn income freeing to us?

Look at Some Of The Largest Athletes Of All Time, They Are Giants

-What is our relationship with the body, and are there specific ideas and concepts about ourselves that we need to release?

-Are we free to be who we are, and most importantly, are we willing to accept personal responsibility and accountability to achieve the freedom and consciousness expansion that is offered through Uranus energy?

Allow the energy of Uranus retrograde in Taurus to implement the insights and breakthroughs that lead to expanded consciousness and authentic living. For a more personal interpretation of how this retrograde Uranus energy will impact you, consider the house ruled by Taurus in your natal chart as well as any aspects to the house ruler and planets located with the Taurus-ruled house.

A New You in 2022: Your New Year Horoscope Based on Chinese and Modern Astrology 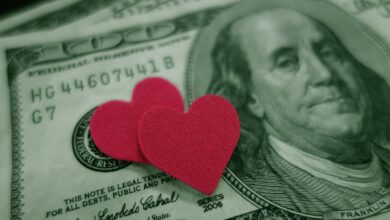 Venus in Capricorn Works Hard For the Love & Money