Ceres, The Mother Goddess, Transits Gemini – Daily Access News
A A A
From July 3, 2021, to December 21, 2021, the asteroid Ceres will transit the mercurial of Gemini. During this transit, we learn that our ability to communicate and express ourselves is one of the best ways to we can express care and nurturing for ourselves and others. Continue to read on to find out more about Ceres’ transit of Gemini and what this particular transit offers us on our own journeys to self-care and nurturing.

Ceres: Nuturing Ourselves & Others

Ceres is the largest asteroid which is named after the Roman goddess who rules over agriculture. She is also associated with crops, nurturing, and mothering that is associated with providing sustenance. Ceres is the mother of Persephone, the young lady who was abducted by Hades, the God of the Underworld. It was Ceres who struck a deal with Hades so that Persephone could spend half of the year with her and the other half in the underworld with Hades after Persephone are six pomegranate seeds tying her to the underworld. Prior to striking a deal with Hades, Ceres mourned the loss of her daughter Persephone to Hades which caused all crops to die. It is believed that the seasons are related to Ceres’ cycle of mourning. During the autumn and winter months, vegetation on Earth dies away to coldness as Ceres mourns for the return of her daughter. The spring and summer seasons are represented by Persephone’s return to the world of light where she is reunited with her mother Ceres. It is for this reason that Ceres is related to caring for the self as well as nurturing others.

Read More »
Astrologically, the sign and house placement of Ceres shows us how we were personally nurtured by our own mother figures as well as how we are likely to nurture others. Ceres also provides information on what we need to feel nurtured by the people within our environments. Through analyzing the sign and house placement of Ceres we can learn how to nurture ourselves so that when we meet other people we can show them what we need to feel nurtured. This asteroid placement is quite important because it allows us to identify how we want to be nurtured and cared for by others…especially if we were not given this nurturing in our environments as children. It is through understanding this placement that we can learn how to be a mother for ourselves while also allowing others in our lives the opportunity to grant us the special privilege of being care for in a way that speaks to our own inner needs.

Ceres is also associated with loss and how we adjust to loss in our lives. In the story of Ceres and Persephone, there was a compromise that allowed Ceres to ultimately reunite with her daughter Persephone, but Ceres still experiences loss at least six months out of the year. Thus, the theme of loss is something that Ceres must face…even if it means that she has to retreat and allow the Earth to experience autumn and winter so that she can care for herself during her period of separation from Persephone. This theme of inevitable loss and the decision to retreat to care for self is important when integrating Ceres energy.

When Ceres transits the sign of Gemini, nurturing takes on an airy, intellectual approach. During this specific transit, we will find that the ability to communicate is exceptionally important for self-care and when relating to and caring for others. Expressing care through words is one way that Ceres in Gemini shows up. While some people are likely to show that they care through actions, touch, or gift-giving, under the energy of Ceres in Gemini verbal expressions of care are desired. Some examples of verbal expressions of care include making space for late-night conversations and making sure that we spend quality time with those who mean the most to us. Under this transit, it is important that we consider receiving and giving the energy of supportive, caring words

Even if we aren’t in a place in our lives where we have someone special that can boost us with positive communication, the energy of Ceres in Gemini reminds us of the importance of self-care. As the mother goddess, Ceres understands that in order for us to nurture and care for someone else, we have to make the space to care for ourselves.

So, during this Ceres in Gemini transit, it is important that we make a considerable effort to boost ourselves with supportive, caring energy via positive communication. All too often, we get caught up in negative thinking patterns that bring us down. Actively uplifting ourselves with supportive, nurturing self-talk is vital. This is an excellent time to consider journaling which is an excellent way for us to cultivate nurturing self-care. If we aren’t truly at a place in our lives where we can speak positivity unto ourselves, this transit also offers us the opportunity to explore why this is the case. 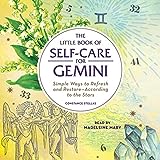 The Little Book of Self-Care for Gemini: Simple Ways to Refresh and Restore–According to the Stars

Because of the focus on communication as a form of nurturing through the Ceres in Gemini transit, we are given the opportunity to explore our own childhood and how various types of communication have shaped us into the person we are today. As mentioned above, one of the elements of this transit is to nurture the self through uplifting, nurturing communication. For many people, this can be quite difficult because of ingrained negative self-talk. This transit offers the opportunity to analyze where this negative self-talk may come from. For some of us, we will have to explore our relationships with our maternal figures and experiences in childhood to unravel and face the origins of our negative internal dialogues.

Also, for those of us who are parents, this particular transit offers the opportunity for us to explore how we communicate with our own children and other individuals whom we seek to nurture. Are our communication patterns with our own children and others nurturing and supportive, or are we more likely to exhibit communication styles that could possibly be demeaning and discouraging? If this is the case, where did we pick up on these less than supportive communication patterns as parents?

The old saying “Sticks and stones may break my bones but words will never hurt me” is met with opposition during Ceres’ transit through Gemini. The truth of the matter is that words do hurt a lot more than many of us care to admit. This transit offers the space to explore the loss that is experienced from the lack of supportive and nurturing communication in our lives currently as well as during our formative years.

Making the Most of the Ceres in Gemini Transit

The following are some suggestions to help us integrate the Ceres in Gemini energy in a productive manner.

1. Express Yourself-Under the energy of Ceres in Gemini, expressing ourselves is encouraged. This is the energy of the mother who allows her children to speak their minds in a respectable manner. If you have issues with communicating due to fear of not being heard or feeling your thoughts are insignificant, this current energy reminds us that there is great value and support in being able to express ourselves authentically.

2. Develop Positive Communication- Negative self-talk is hostile and damaging. Given that we are dealing with Ceres in Gemini energy, the ways in which we speak to ourselves ultimately become the ways in which we nurture and support others. It is important to make an effort during this transit to develop positive communication skills that support the self. Once we are able to hold ourselves sacredly by giving ourselves words of encouragement and support then we are able to offer this energy to others.

3. Consider Journaling- Addressing issues related to communication and nurturing takes time. Journaling is an effective way to honor this current energy by acknowledging the importance of our thoughts and ideas through written words. This is particularly true for individuals who may have a problem speaking up for themselves. It is through journaling that we have a record of how we interact with ourselves and others so that we can make the necessary adjustments that will enable us to embody the supportive energy of Ceres in Gemini energy.

The Most Beautiful Twins in the World? See How They Look Today

4. Explore Communication Patterns from Childhood- Given the connection to motherhood, Ceres in Gemini provides the opportunity to explore the ways in which communication patterns experienced during our nurturing experiences have ultimately impacted how we communicate with ourselves and ourselves…especially our own offspring. We are encouraged to sincerely do the work of unraveling the origins of our internal dialogue and the possible losses that we may have incurred due to less than supportive communication experiences during our formative years. In doing this, we can ultimately make the adjustments that will allow us to embody the positive energy of Ceres in Gemini. 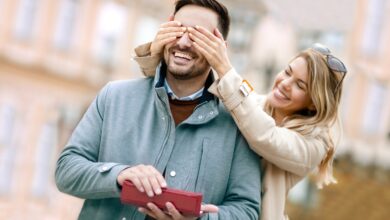 How to Pick the Perfect Valentine’s Day Gift For Him, Based On His Zodiac Sign 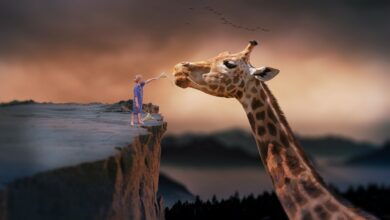 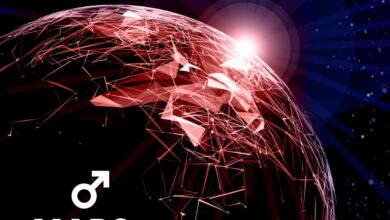 Embrace Your Mars Energy & Get Moving 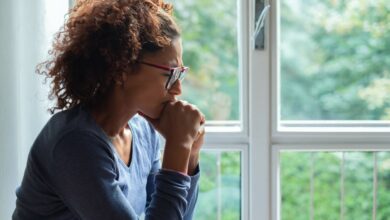