A A A
According to Johns Hopkins University data analysis, the number of Americans dying of covid-19 now has reduced. The experts state that the US vaccination targeting vulnerable people has helped curb the death rates. The Centers for Disease Prevention and Control (CDC) claim that over 3 million vaccinations are administered daily compared to January, which was less than a million. President Joe Biden extended the deadline for all US adults to be entitled to a vaccine. According to Biden, 90% of adults in the US would be eligible for the vaccine by April 19. Together with New York, Maryland also joined in the list of states that will allow anyone above 16 years to sign up for the vaccinations. On Monday, twelve other states joined the lists. According to new research, the Moderna vaccine protections last for about six months.

Johns Hopkins University data assert that the US has 555,000 cases of deaths and over 30.7 corona cases confirmed. About 207 million doses of vaccine have been distributed in the US.

Read More »
The US is said to have administered the most covid-19 vaccines globally. The US vaccine rollout has increased for months and having a one-day record of almost 4.1 million vaccinated people. The US’s average number has risen and comes second after China, which is about four times larger. President Biden promised to have a sufficient supply of vaccines in every state in America by May.

A vaccine involves building the natural immunity of your body to a disease before contracting the disease. This will prevent you from spreading or getting the illness. Many vaccines include a destabilized form of the disease germ injected in the body through an injection on the arm or leg. The body will then identify the pathogens and produce antibodies to combat the antigens or germ. The antibodies produced will then remain in the body for a prolonged period. Incase of exposure to the disease, the body will fight the disease without contracting it. Some diseases, such as smallpox, can cause a life-threatening situation that can even lead to death. That’s why it’s essential to prevent your body from such diseases. It takes years of tests to develop a vaccine before it’s approved to be effective or safe. Every vaccine comes with some side effects, which are typically mild. This includes swelling and redness at the site of injection. Some people or children can experience fever, but the symptoms normally disappear after one day or two. Severe side effects are mostly infrequent.

If people fail to be vaccinated, the diseases get back. They become an epidemic as it used to be if people don’t remain vaccinated. It happened in the 1970s in Japan. The country has an excellent vaccination program for whooping cough or pertussis. Many Japanese children got vaccinated, which was an average of 80%. In 1974, there was no case of death, and only 393 confirmed cases of pertussis. Rumors began to spread that the vaccine wasn’t required, and it was not safe. By 1976, the vaccination rate decreased to about 10%, and in 1979, whooping cough became an epidemic. Confirmed cases of the diseases increased by 13,000, and there were 41 deaths. Afterward, the rates of vaccination improved, and the number of cases decreased.

Helps In Controlling The Disease

Children get vaccinated at their early ages. They are vaccinated to ensure they remain protected from preventable diseases. This includes pneumonia, brain damage, hearing loss, or even death. Preventable diseases such as influenza, whooping cough, and measles are still a threat. They continue to infect children in the US and sometimes cause death. Vaccinations are effective and safe. They primarily undergo careful and long reviews by doctors, federal governments, and scientists to ensure they are safe. Vaccination protects the people you care about, including grandparents, friends, and family members. They mostly avert the spread of an infectious and fatal disease. These include HPV, mumps, polio, measles, chickenpox, and now Covid-19. Smallpox vaccine was the first vaccine to be discovered. Small was a contagious disease that killed over 200 million people worldwide. After people received the vaccine, the disease was wiped away. Other different diseases got entirely eradicated in that way.

Infectious disease can get eliminated as long as particular diagnostic tests, and an effective vaccine is available. Elimination necessitates excellent levels of population protection in every region globally. It also requires an extended period of practical observation. There are a lot of myths about vaccines, including that one can contract a disease through vaccination. This misconception is prevalent, especially with the flu shot. According to experts, a flu shot comprises a dead virus, so it is impossible to contract the disease from the flu shot. You can experience minor symptoms similar to the disease, but it is impossible to contract the disease from the injection.

Control of Mortality And Complications

If an individual is vaccinated before exposure, they can get protection from an infectious disease. According to Ehret, vaccinates prevent about 6 million deaths every year globally. Particular vaccines get used to protecting cancer patients, pregnant women, and other vulnerable people in society. Most vaccines are mainly for preventing the disease and not protecting a person from becoming infected. Most diseases are rare in the United States due to their high vaccination rates. However, the diseases haven’t been eradicated in other parts of the world. The only way to prevent the infection rates from rising is through vaccination.

The benefits of vaccinations are tremendous and go beyond preventing particular diseases in people. Vaccination meets the need to care for the most vulnerable people in society. It also creates a tremendous economic sense. Curbing the mortality rate by supporting widespread access to safe vaccines with confirmed effectiveness is an obligation for the global community as a person has a right to live a healthier life. 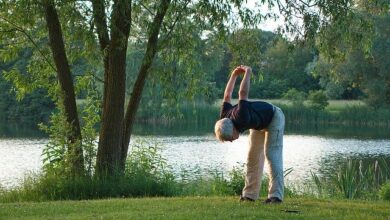 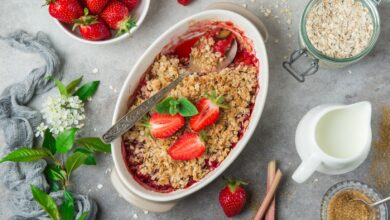 Make these Rhubarb Recipes This Spring & Summer: Ideas to Enjoy 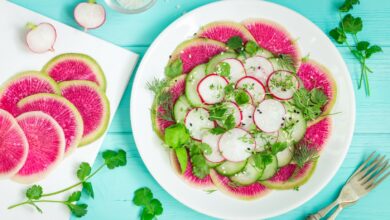 Impress Your Guests with These 10 Easter Brunch Recipes 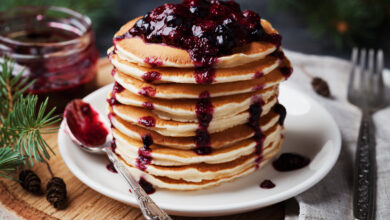 10 Pancake Recipes For Any Time of Day