The Latest Film News: “Black Widow” and “Cruella” will come to Disney Plus and Theaters – at the Same Time – Daily Access News
A A A
With the pandemic rolling on, Americans are tired of being cooped up at home with the same old routines. Some are starting to head back to movie theaters, although most major Hollywood studios are not quite ready to release the biggest blockbusters to theater screens.

Disney has overhauled its release scheduled by changing and amending plans for films such as “Black Widow,” “Cruella,” starting Emma Stone, “Shang-Li and the Legend of the Ten Rings,” “Luca” from Pixar and more.

The change for “Black Widow” pushes back “Shang-Li and the Legend of the Ten Rings” from early July to September. Film critics and movie buffs are expecting it to be released traditionally in theaters.

In contrast, “Luca” will not be released on Disney Plus. Instead, it will be available at no extra cost on Disney Plus come June 18.

Disney has a clear plan to focus on streaming, but the company does not intend to forgo releasing its films in traditional theaters. Smaller films will only be shown on the big screen, rather than both the streaming service and in theaters. These include “Free Guy,” “The King’s Man,” “Deep Water” and “Death on the Nile.”

The Chairman of Disney’s Media and Entertainment Division, Kareem Daniel, said this announcement reflects the company’s understanding of consumer choice by trying to meet audiences where they are at the moment.

With full recognition that we are just recovering from the pandemic, Daniel also mentioned that they want to have the best possible options to bring Disney storytelling to families worldwide.

Early on in the pandemic, “Mulan” went straight to streaming for a fee. While viewership numbers have yet to be announced for “Mulan,” and other titles that have since been released to streaming, such as “Hamilton,” “Soul,” and “Raya and the Lost Dragon,” CEO Bob Capek has heavily hinted that future releases may go just to streaming on Disney Plus, while others may be exclusive to theaters or be a hybrid. It depends how the movie theater industry rebounds. This renewal in focus comes after the company scored record-breaking numbers of viewers for some of the exclusive Disney Plus content.

Some states, such as Illinois, currently allow limited capacity in outdoor and indoor theaters, performance spaces and the like, but others have yet to announce reopening plans.

Disney has made multiple postponements of films due to COVID-19, especially the Marvel titles. The latest film, “Raya and the Last Dragon,” has made a modest amount in theaters and through payment on Disney Plus, however, it will be available to watch to subscribers at no additional cost later this year.

Even so, Disney and other movie studios are hoping more Americans will venture outside their homes come summer, once they are vaccinated, to perhaps take in a movie.

The Future of Movies Shown in Theaters

Studios have changed up how movies are shown in movie theaters. The theatrical window, the amount of times films would traditionally be shown in theaters, has been cut dramatically. Movies are getting rolled out on streaming or DVD faster than usual as well. The pandemic has accelerated a shift in the movie industry that some knew was coming for a long time. People know they can get content from their couches, so why pay hefty prices for a movie ticket and snacks, especially if they live in a rural area and are not in as big of a rush to get out to the house than if they lived in a tiny city apartment?

Warner Brothers, Paramount and Universal are either releasing all their films on streaming and in theaters on the same day this year, or are making a quick jump from theaters to streaming services. Only Universal’s model allows movie theater chains to make a significant profit.

As for movie theaters themselves, experts believe they will still exist in some capacity, especially internationally, but in rural and suburban America, the clock is ticking. An industry leader, Disney may very well be leading the shift for the industry. When more people get vaccinated and go out in the coming months, where they go and how they spend will be at the forefront of industry leaders’ minds. The future is anyone’s guess. 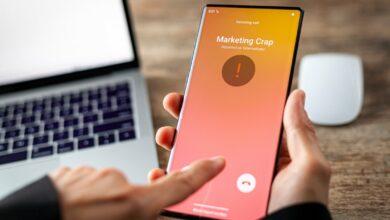 These Nintendo Switch Games are Fun for the Whole Family