A A A
In the I Ching, or Book of Change, there are said to be eight different energies. Each one has a trigram, which is a distinguishing figure made up of three lines stacked vertically on top of one another. Each line is either solid or broken. Solid lines are yang lines, which are associated with firmness, directness, and the initiation of action. Broken lines are yin lines, which are associated with softness, shifting vectors, and the reception of action. Yang is seen as masculine, while yin is seen as feminine, but neither is any better than the other. Rather, they are complements to one another.

Each trigram represents a different element, and each element has its polar opposite. The eight trigrams are Heaven and Earth, Fire and Water, Thunder and Wind, and Mountain and Lake. It is said that all things in life can be interpreted as one of these energies interacting with another energy, which may or may not be another instance of that same trigram. Given that there are eight elements with eight possible interactions for each one, this yields 64 possible interactions, which are displayed as two trigrams atop one another. This arrangement is known as a hexagram.

Read More »
Depending on your personality, you may find that you resonate more strongly with some of these energies than with others. This is normal. Everyone interacts with all of them throughout the course of their life, but each of us have our own lessons to learn. Therefore, it’s only fitting that each of us will arrive again and again at certain interactions as our life progresses. Under ideal circumstances, these energies can reinforce our strengths and guide us forward, but they can just as often present us with barriers in the form of lessons which must be learnt before we can continue to grow.

The Compass Points of Feng Shui

In Feng Shui, each cardinal direction and the four intermediate directions between them are often seen as representative of various goals and aspirations we have in life. Just as the body has its own system of meridians, or biological pathways through which your qi can flow, your home also has its own flow of qi. Whether it’s in your home, your mind, or your body, energies which are blocked or imbalanced can lead to stagnation. It is the goal of Feng Shui to be able to clear away these blockages, allowing your qi to flow more freely throughout your home, and in turn, throughout yourself.

In Western astrology, each person has their own Horoscope, based on the position of the celestial bodies at the time of their birth. There are twelve zodiac signs, but each one is associated with one of the four Western elements: Air, Earth, Fire, and Water. This gives us the basis of being able to map Western astrology onto Eastern astrology.

Cancer, Scorpio, and Pisces are each water signs. Aries, Leo, and Sagittarius are each fire signs. Taurus, Virgo, and Capricorn are each earth signs. Gemini, Libra, and Aquarius are each air signs.

Your Rising Sign is often thought to be the most predictive sign in your Horoscope, because it deals the most with the transit of the celestial bodies from one house into another. This concept meshes nicely with the idea of achieving a harmonious and unblocked flow of qi. However, just as you wouldn’t want to neglect any spaces within your home, you also don’t want to neglect your Sun or Moon signs.

Unforgivable: the Controversy That Ended Her Career

Putting the Pieces Together

The main question here is, “how does one condense the eight associations of the I Ching down into the four associations of Air, Earth, Fire, and Water?” We believe the answer can be found within the family system, in which all of the eight energies have a role within the celestial family. Under this system, Heaven and Earth are referred to as the Father and Mother energies, respectively, while the other six are their three sons and three daughters. Fire and Water are seen as the basis for all qi, so it stands to reason that these are the four most primary elements among the eight found in the I Ching.

So, to ensure the proper alignment and flow of qi within your home, do this. In each room of your home, consider what blockages may be present. Imagine energy pouring in through the entrance to the space, and flowing around freely. Wherever there is stagnation, consider the type of stagnation. Is it physical, emotional, or perceptual? This will tell you which aspect of your personality to focus on. In which direction relative to the center does that stagnation rest? This will tell you which trigram of the Bagua to consider. Then, simply seek out items and furnishings you can place in these areas which will resonate strongly with the associations you seek. 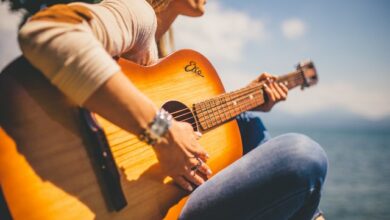 Talents of the 12 Signs 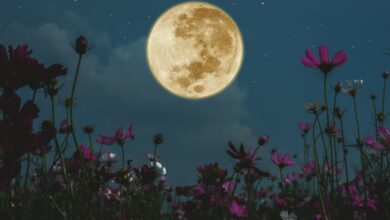 A Look at the Worm Moon, Spring’s First Full Moon 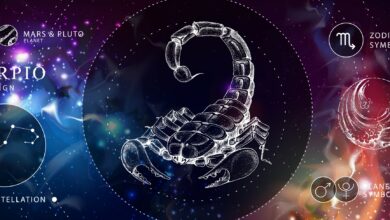 Exploring the Depths of Scorpio 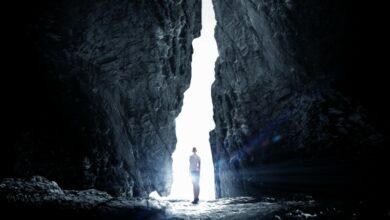