A A A
United Airlines suddenly decided to start permanently waiving their $200 fee to change your plane ticket, which was pretty startling. Then Delta and American just…followed along. (Which, historically, is actually not that surprising.) Any time an airline voluntarily gives up a source of revenue, it’s big news, and rightfully so. When United announced that it was going to permanently do away with the $200 fee that it charged you whenever you wanted to change your flight, it was quite a bit of a shock. While the fee isn’t currently being charged, due to the pandemic, it never occurred to anyone that the change would become permanent.

Airlines originally dropped the fee at the beginning of the pandemic because passengers were being stranded in airports through no fault of their own. Flights were being cancelled, airports were being closed. Air travel almost came to a complete standstill for a few months in a row.

Why did they do that?

It’s not clear exactly why the change was made. Maybe the fact that people are still hesitating about getting on planes with strangers who might make them deathly ill means that air travel hasn’t quite bounced back the way that airlines had hoped.

And the future isn’t looking exactly rosy, either, as rumors of second spikes of the coronavirus keep surfacing all over the world. So maybe airlines are beginning to realize that they may need us more than we need them. The video statement released by United’s CEO, Scott Kirby, does seem to indicate a new focus on customer satisfaction. He said:

“Following previous tough times, airlines made difficult decisions to survive, sometimes at the expense of customer service. United Airlines won’t be following that same playbook as we come out of this crisis. Instead, we’re taking a completely different approach—and looking at new ways to serve our customers better.”

Since this particular fee garnered over $600 million for United last year, the airline isn’t just giving up peanuts. The move is being hailed as a big win for passengers and, for some of them, it is.

United’s policy, for instance, applies to Business Class and Standard Economy passengers on domestic flights. That includes all 50 states, Puerto Rico and even the US Virgin Islands. Delta and American have basically the same stipulations.

That seems…a little out of character for them…doesn’t it?

Flight Attendants Notice This About You in Less Than 2.5 Seconds

Well, before everyone gets blown away by the generosity shown by the Big 3 airlines, it might be a good idea to frame it in a perspective other than their press releases.

First of all, there is one group of passengers that is conspicuously absent from this largesse. All three airlines have excluded Basic Economy from this savings. Since those are the passengers buying the cheapest seats, it seems likely that they would need it most. But apparently the criteria to qualify did not include need.

Also, while the $200 fee for changing your flight may seem like it has been around forever, it has actually only been in place for less than 10 years. Although airlines are specifically forbidden from colluding, all three of these airlines set their change fees to exactly $200 around the same time in 2013. And again today, while United started the ball rolling, it didn’t take Delta and American long to jump on the bandwagon.

Another couple of points worth mentioning is that they aren’t exactly sacrificing anything right at this moment. Since the coronavirus is lingering around in the United States, the fee is still currently being waived. Plus, no mention was made of the change fee for international tickets, so you can probably expect that one to be pretty hefty when it returns.

Next, some of the press statements got a little carried away. United’s boasted that no other airline provides this level of flexibility at no extra cost, but that isn’t at all true. Southwest Airlines has never charged a fee for changing a ticket, it only asks for the difference in price.

Vasa Raja, Chief Revenue Officer for American Airlines, erroneously stated that, “American is offering more flexibility and ease than ever before, should travel plans change.” When, in actual fact, lack of fees for bags and ticket changes had always been the norm. So the airlines are just giving us back what we used to have before they got greedy.

But this is still a good thing, yes?

It certainly can’t be denied that there are a lot of passengers who will benefit from the changes, especially when people start flying for the holidays. And there are actually other previously enjoyed perks that the airlines are giving back to us, as well. United and American have changed their standby policies, and it wouldn’t be surprising if Delta chimed in on this sometime soon, too…as usual.

Starting on October 1st, American will once more allow us to fly standby on the same day to the same place without making us pay extra except for a higher plane fare, if necessary. United will do the same, but they won’t be starting until New Year’s Day, which means anyone flying at the holidays won’t be able to take advantage of the new policy.

They’ll make it really easy, though, once it kicks in. You’ll be able to just add your name to the waitlist on their app. And members of United’s Mileage Plus Premier will have it even better. If a seat in the same fare class is available, they can actually confirm a seat on a different flight between the same two cities on the same day as their original ticket.

So, yes, there are still some very good things being offered here. And in these difficult economic times, every little bit certainly helps. So good job sacrificing those change fees, major airlines. 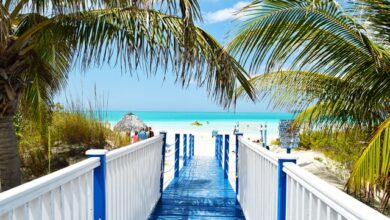 How are the Caribbean Islands Planning to Reopen to Tourism this Summer? 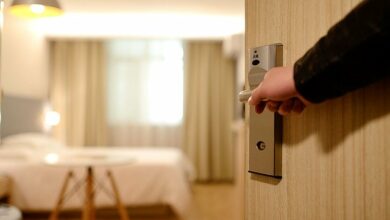 How Do You Know If Your Hotel Room Is Really Clean Amid Coronavirus? 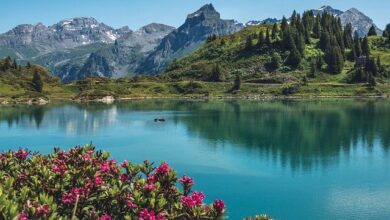 Best Lakes From Coast to Coast 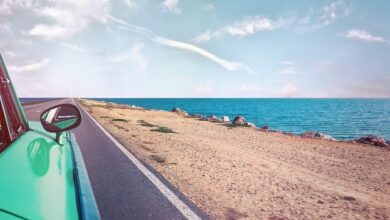 23 U.S. Attractions To See From Your Car