The race to find a treatment effective against COVID-19 continues. The medical establishment seeks new vaccines to prevent the illness and effective treatments to slow the disease’s progression in those already infected. Researchers may soon turn Llamas from popular memes to a vital source of life-saving medication. It appears that Llamas contain substances that may provide protection against COVID-19 and other viruses. An effective medication could reduce the worldwide impact of the pandemic.

Approximately 30 years ago, researchers discovered that camelids, a group including llamas, alpacas, and camels, produced nanobodies, also known as single-domain antibodies. Antibodies in humans and other animals include two proteins. Camelids’ nanobodies contain only one protein, producing a much smaller but potentially more effective defense against illness. Their smaller size allows scientists to engineer and bulk produce nanobodies much faster than they can reproduce and engineer regular antibiotic medications.

Read More »
Nanobodies provide the same protection as regular antibiotic therapy. They attack specific antigens in an attempt to protect the body from infection. In addition to allowing for ease of production, nanobodies’ small size allows them entry into passageways too small for regular antibiotic medications to access. This means that they have more pathways to attack viruses than regular antibiotic treatment. The combination of easier production and better access to viruses makes nanobodies a promising avenue in the race to find COVID treatments.

In the past several years, Llamas received vaccines of both SARS and MERS from researchers to determine whether they would develop nanobodies capable of defeating the viruses. The animals produced nanobodies targeted to both SARS and MERS. Researchers harvested the nanobodies for production in a lab, eliminating the need for animal vaccinations to produce an ongoing supply of nanobodies.

With the llamas’ ability to produce nanobodies against SARS and MERS, both coronaviruses, although different coronaviruses from COVID, scientists hope camelids will yield nanobodies targeted to COVID. Early vaccinations of llamas with COVID produced possible nanobodies. Lab tests showed that these nanobodies do provide protection against COVID. Scientists will now begin tests on animals, with the first tests in hamsters slated to begin soon.

While not confident that the nanobodies will lead to a vaccine, they hope to use them to enhance the human response of infected patients. Injections of nanobodies could help the elderly and immunocompromised, the portions of the population least likely to benefit from a vaccine. These patients do not possess a strong antibody response. An injection of nanobodies could help protect the elderly by supplementing or replacing their immune response. Injections soon after symptoms start, or soon after an infection is suspected, could slow or eliminate the virus in humans.

Nanobodies would attack viruses as soon as they are introduced into a patient. They do not rely on building an immune response. This requires scientists to develop a system to mass-produce nanobodies to allow for distribution on a worldwide scale. Scientists currently estimate that a therapeutic agent will require another few months of development before reaching the market.

Because nanobodies provide an instant response, they require more frequent applications. Unlike vaccines, which provide permanent or long term protection from illness, nanobody treatments may only protect a patient’s health for one to two months. An injection once every two months appears to be a small price to pay for an effective defense against COVID. Researchers continue to press forward with efforts to ensure a safe nanobody defense.

Researchers claim the nanobody treatment, if proven safe and effective, can move straight from harvesting to treatment. Nothing needs to be done from the harvested nanobody to make it ready for human use. Given the ease of reproducing nanobodies in the lab, researchers remain confident that they could provide large scale treatment to millions of people impacted by the novel coronavirus. You may soon owe your good health to a llama or alpaca. 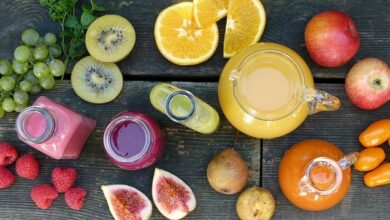 Which foods can Boost Your Immune System?

COVID Cases still on the Rise in Certain States, while Florida moves into Phase 3 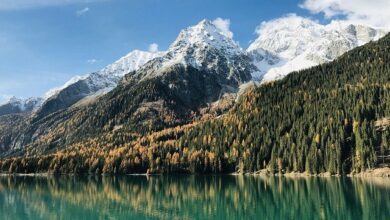