A A A
Pope Benedict XVI has died at the age of 95 today, marking the end of a historic papacy that spanned eight years. The former Pope, Joseph Aloisius Ratzinger, has passed away in his Vatican City residence, surrounded by his loved ones. His death marks the end of an era in the Catholic Church and leaves the 1.2 billion-member global organization. The news of Pope Benedict’s death has sent shockwaves worldwide, with many expressing their condolences and paying tribute to the man who served as the head of the Catholic Church for much of the 21st century.

Read More »
Despite these difficult circumstances, Pope Emeritus Benedict XVI was an avid student and excelled academically. He entered the seminary in 1939 at 12 and was ordained a priest in 1951. He then pursued further studies in theology, earning his doctorate in 1953.

Over the next several decades, Pope Emeritus Benedict XVI built a successful career as a theologian and academic. He taught at several universities in Germany and was eventually appointed the Chair of Dogmatic Theology at the University of Tübingen. In 1977, he was appointed Archbishop of Munich and Freising, and in 1981, Pope John Paul II made him a cardinal.

Pope Benedict XVI played a significant role in the Catholic Church as a theologian and high-ranking official. As Archbishop of Munich and Freising, he was known for his strong conservative views and commitment to traditional Catholic teachings. He was also a vocal critic of the liberalizing reforms of the Second Vatican Council, which he believed had strayed too far from traditional Catholicism.

As a cardinal, Pope Benedict XVI served as the head of the Congregation for the Doctrine of the Faith, the Vatican’s powerful office responsible for upholding the Church’s teachings on faith and morals. In this role, he was known for his strict enforcement of Church doctrine and his efforts to crack down on dissent and heresy within the Church.

Pope Benedict XVI was elected Pope in 2005, following the death of Pope John Paul II. He was 78 years old at the time of his election, making him the most senior Pope in modern history.
Several significant events and controversies marked Pope Benedict XVI’s papacy. One of the most notable was his decision to lift the ex-communication of four traditionalist bishops, including one who had denied the Holocaust. Despite widespread outrage, many Catholics saw this decision as a major misstep. 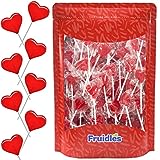 Pope Benedict XVI also faced criticism for handling the sexual abuse scandals that plagued the Church during his tenure. Many Catholics felt he did not do enough to address the issue and hold accountable those who committed abuse.

Remember This One? Take a Deep Breath Before You See What She Looks Like Now

Despite these controversies, Pope Benedict XVI was also seen as a strong and respected leader within the Church. He was known for his intelligence and commitment to traditional Catholic teachings, and he was widely admired for his calm and gentle demeanor.

Pope Benedict made 24 foreign trips during his papacy, visiting every populated landmass. Pope Benedict’s first foreign trip as Pope was to Bavaria, his home region in Germany, in September 2005. He made several other trips to his home country throughout his papacy, including a visit to Cologne for World Youth Day in 2005 and a trip to Freiburg Breisgau in 2011.

Pope Benedict also made several trips to Italy, including visits to Rome, Assisi, and Loreto. In 2006, he visited Poland, where he met with the country’s President and celebrated Mass at the Shrine of the Divine Mercy in Krakow. He also made trips to Spain, Turkey, Austria, and the United Kingdom, where he met with Queen Elizabeth II and addressed both houses of Parliament.

In 2007, Pope Benedict made his first trip to the United States, where he visited Washington D.C., New York City, and New Orleans. During this trip, he met with President George W. Bush and addressed the United Nations. In 2008, he made a trip to Australia for World Youth Day, and in 2009, he visited the Holy Land, traveling to Jordan, Israel, and Palestine.

Pope Benedict also made several trips to Africa, including visits to Cameroon and Angola in 2009 and Benin in 2011. He also visited Latin America, traveling to Brazil in 2007 and Mexico and Cuba in 2012. In 2010, he made a trip to Portugal, and in 2012, he visited Lebanon.

His papacy was marked by a strong emphasis on traditional Catholic teaching and a commitment to fostering dialogue with other faiths.

During his papacy, he also worked tirelessly to promote the cause of sainthood for many individuals. Through his efforts, he was able to beatify and canonize several people.

Beatification is a process in which the Catholic Church declares that an individual has lived a life of heroic virtue and is worthy of being honored as a model for Catholics to emulate. This process involves thoroughly examining the person’s life, including their writings, actions, and testimony of those who knew them. If the Church determines that the person meets the necessary criteria, they are declared blessed and can be venerated by Catholics.

Canonization, on the other hand, is the final step in the process of becoming a saint. It involves the Church declaring that the person is in heaven and can be invoked for intercession. This process also involves thoroughly examining the person’s life and requires the documentation of at least two miracles attributed to their intervention.

Pope Benedict also canonized several saints during his papacy. One of the most notable canonizations was that of St. Hildegard of Bingen, a 12th-century nun known for her contributions to science, theology, and the arts. Pope Benedict canonized St. Hildegard in 2012, making her the first woman to be declared a doctor of the Church.

In 2013, Pope Benedict XVI announced his retirement decision, citing his advanced age and declining health. He was the first pope in modern history to do so, and his decision was met with surprise and sadness by many Catholics.
Pope Benedict XVI spent his final years in retirement, living in a monastery in the Vatican. However, he remained involved in Church affairs and frequented papal events and ceremonies.

Pope Benedict XVI’s papacy and impact on the Catholic Church will be remembered and analyzed for years. One of the most significant aspects of his papacy was his commitment to traditional Catholic teachings and his efforts to maintain a conservative approach to Church doctrine. This was reflected in his strict enforcement of Church rules and his opposition to liberalizing reforms, such as allowing the use of contraception or ordaining women as priests.

Many significant events and controversies also marked Pope Benedict XVI’s papacy. His decision to lift the ex-communication of traditionalist bishops and his handling of the sexual abuse scandals within the Church was highly controversial and widely criticized. These events will likely be remembered as significant moments in the Church’s history and in Pope Benedict XVI’s legacy.

Despite these controversies, Pope Benedict XVI was widely respected and admired by many Catholics for his intelligence, calm and gentle demeanor, and commitment to the Church. His papacy was marked by several significant accomplishments, such as his efforts to improve relations with other religions and promote interfaith dialogue.

Pope Benedict XVI’s death marks the end of a historic papacy that spanned nearly eight years. His life and career were marked by a solid commitment to traditional Catholic teachings and a dedication to the Church. While his papacy was not without controversy, he will be remembered as a respected and influential leader within the Church and as a significant figure in its history. 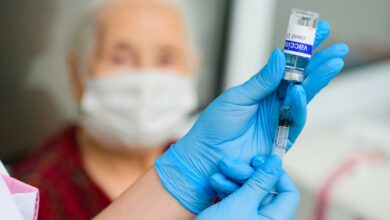 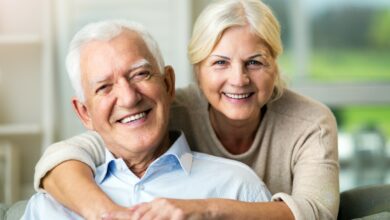 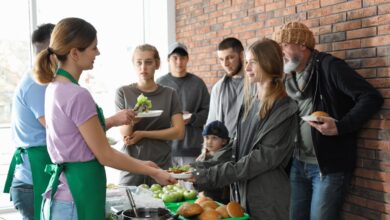 Ways to Give back to your Community This Thanksgiving 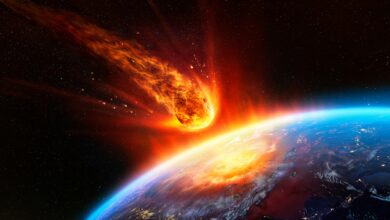