The History of Women’s Equality Day
In 1971, Congress designated August 26th as Women’s Equality Day. This particular day is celebrated to commemorate the passage of women’s suffrage in the United States. Although women have come a long way in terms of achieving equality in different spheres and aspects of society, the striving for equal rights for women still continues to this very day.

Read More »
Honoring Women’s Equality Day gives us the opportunity to reflect on the many leaps and bounds made by women to be considered equal and worthy of access to rights and privileges that allow them to live their lives as they please.

The Continuing Fight for Women’s Equality
Although great strides have been made in the fight for women’s rights in the United States, there’s still much more to do to ensure that women achieve and maintain equality. Even today, disparities for women still exist such as the wage gap that has women earning less than their male counterparts for doing the same work while juggling other responsibilities that are often unique to the experience of being a woman.

Likewise, there’s an ever-changing landscape when it comes to women’s rights, and acknowledging that women still deal with forces externally that dictate what they can do with their lives is vital in understanding the significance of women’s rights not just in the United States but worldwide. There are many places in the world where women are still treated as second-class citizens. Honoring Women’s Equality Day in the United States acknowledges that even though many industrialized countries have come a long way in ensuring woman’s rights, there are still places where women are treated quite poorly, and the fight to create and protect women’s rights is still necessary.

Major Events in Women’s Equality
To get a better understanding of exactly what is being commemorated on Women’s Equality Day below is a compilation of some of the major events in women’s rights history. Reflecting on these particular events can give us an idea of just how far we’ve come in the United States in ensuring that women are treated and regarded with respect and equality.

Rights to Birth Control & Reproductive Health Services-Planned Parenthood
On October 16th, 1916 the first birth control clinic in the United States was opened by Margaret Sanger, the founder of what is known today as Planned Parenthood. Planned Parenthood has been responsible for providing a variety of different reproductive and general health services for people of all walks of life.

Suffrage for Women
August 26th, 1920 marks the adoption of the 19th amendment by the US Congress which is giving women the right to vote also known as suffrage. This was a major event in United States history as it allowed women to secure a place in the political process. However, it should be noted that the 19th Amendment only provided suffrage for white women in the United States. It wasn’t until the enactment of The 1965 Voting Rights Act that women of color were also granted the right to vote in the United States.

Roe v. Wade-Right to Reproductive Choice
January 22nd, 1973 marked the historic Roe v. Wade case where the United States Supreme Court affirmed a woman’s right to abortion services. As we acknowledge Women’s Equality Day it is important to note that currently in 2022 Roe v. Wade has been overturned and the nationwide assurance of a woman’s right to reproductive choice is now determined at a state level. The reversal of Roe v. Wade is an example of why Women’s Equality Day is needed to further stress the importance that changes in laws and policies can reverse and/or limit the rights that women have achieved throughout the years.

The above references to women’s history are a reminder of why Women’s Equality Day is necessary.

Register to Vote
Because Women’s Equality Day is a celebration and acknowledgment of the 19th amendment, what better way to honor women’s suffrage than to make sure that women exercise their right to vote? If you are a woman and you are not registered to vote, consider taking the time to register to vote so that you can exercise this important privilege that many women of the past fought so hard to acquire in the United States.

Support Women-Owned Businesses
In the United States, women are making their mark as successful business owners. You can show your appreciation for this Women’s Equality Day by supporting a woman-owned business. Whether you choose to do so locally or via online platforms such as Etsy, there are plenty of women creating their own financial freedom through entrepreneurship. Check your local Chamber of Commerce as well as the Small Business Administrative for a list of women-owned businesses in your local area.

Show Thanks to the Women In Your Life
Let’s face it, women make the world go round. Without women, none of us would even be here! So, it’s important to make sure that we give thanks to all of the hard-working women in our lives. From my mothers, grandmothers, and sisters to aunties, friends, and partners, women have always been and continue to be the backbones of their families, communities, workplaces, and all sectors of life. It’s important that we make the space to acknowledge the value of women. So, don’t be shy about centering those special women in our lives on Women’s Equality Day.

For women, make sure to give yourself a pat on the back and space for acknowledgment this Women’s Equality Day because you deserve to be seen and acknowledged for all that you are, all that you have done, and all that you continue to do and be. 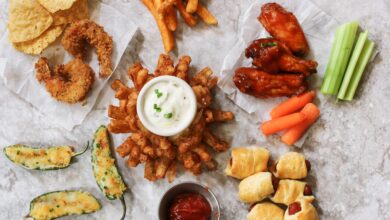 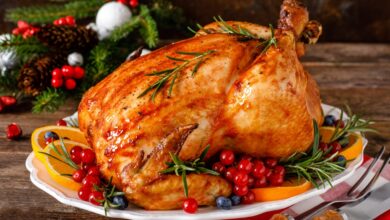 9 Ways To Ensure Your Thanksgiving Turkey Is The Best 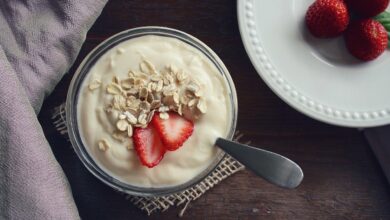 Reasons why Probiotics are Beneficial for your Health 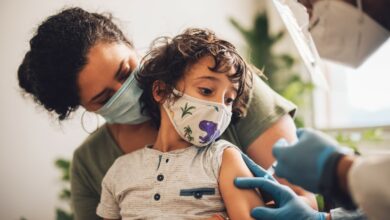