A A A
Baby Yoda has an exciting journey ahead of him. Along his journey to find his people, the Child and the Mandalorian are going to bump into a ton of interesting characters and new situations. Whether it’s a fan favorite Jedi, a long lost bounty hunter, or a brand new connection to the most mysterious lore, the second season of The Mandalorian is steeped in mystery, so take a look at this quick overview of the most enticing theories and rumors about the most beloved duo in a galaxy far, far away.

Connection to the Sequels

As polarizing as they may be, these films and their place in canon are here to stay. With that in mind, it would make sense for the show to touch upon certain plot elements of the sequels. Many fans pointed out the imperial scientist’s Kaminoan markings when the first season aired, and this could mean that the Imperial Remnant wishes to use Baby Yoda in some sort of cloning process. Given Palpatine’s use of cloning in the sequels, it wouldn’t be far-fetched to guess that we’ll see some of the details surrounding the Imperial Remnant’s cloning endeavors. Furthermore, we may gain deeper insights into the inception and rise of the First Order.

The Clone Wars and Rebels Tie-Ins

Star Wars Rebels and The Clone Wars introduced a variety of new characters and exciting plot elements that can be further expanded upon in The Mandalorian. The latest leaks indicate that Ahsoka Tano, one of the primary characters in The Clone Wars, will show up at some point this season, and it’s not too unlikely one or more other familiar faces from those incredible series. The following section will contain spoilers, so if you haven’t seen Rebels or The Clone Wars, then you may want to catch up before reading any further.

Although it’s clear that she will make an appearance this season, there is no concrete proof as to what her role might be. The showrunners don’t want to detract too much from Din Djarin and the Child, so it’s unlikely that she will stick around for too long. After all, we’re watching The Mandalorian, not The Ahsoka Tano Show. However, some fans think that an episode or arc featuring Ahsoka Tano might serve as a soft pilot for a series based around this fan favorite. Potential spin-off aside, although Ahsoka Tano may not technically be a Jedi anymore, she would still want to help the Child find his way to his own species or a Jedi teacher.

The Darksaber, Sabine Wren, and the Fate of Mandalore

The Mandalorians weren’t just hanging out in the sewers because they liked the smell; they’d been driven to such a low point because they had been persecuted and hunted down for years, so the show will probably delve further into the details of the Mandalorians’ glaring fall from glory. An effective way to do this would be to feature Bo-Katan Kryze and Sabine Wren, two important Mandalorians from the animated series.

Star Wars Rebels contains an arc in which Sabine Wren, a member of an influential Mandalorian clan, sabotages a deadly anti-Mandalorian weapon and presents the Darksaber to Bo-Katan Kryze. At some point in this arc, she reveals to her fellow heroes that she’d inadvertently invented the Arc Pulse Generator, a weapon designed to target her fellow Mandalorians’ beskar armor, paving the way for her people’s genocide and subjugation.

Although the device was later sabotaged in the same arc, there’s no guarantee that the Imperials couldn’t have fixed the weapon or produced copies of it, so maybe we’ll see a derivative weapon at some point this season. As far as the Darksaber goes, Bo-Katan was its last known wielder before the big reveal with Moff Gideon, and she wouldn’t have given this symbol of her people to some Imperial butcher without a fight. This has led many to speculate that we’ll see a flashback of Bo-Katan’s death at Moff Gideon’s hands. Sabine Wren was still alive at the end of Rebels, so maybe we’ll see her escape Bo-Katan’s fate in the same flashback. While Lucasfilm has refused to make an official statement, it’s been all but confirmed that Katee Sackhoff will be playing Bo-Katan in the second season. Given her resemblance to the animated character, it would be hard to believe that they brought her on to play anyone else.

Although Temuera Morrison wasn’t actually credited as Boba Fett at the end of the newest season premiere, Fett was likely the man in the final shot. Still, it’s possible that we saw a clone at a rather deceptive place and time. Even if that was Boba Fett, that doesn’t mean that we won’t see any clones in the series. Temuera Morrison played Jango Fett, the genetic template for Boba and all of the other clones, so it’s not like they’d have to hire a new actor. However, the rank and file clones age at twice the rate of normal humans, but Boba ages normally, so if we end up seeing an ancient Commander Rex or some other clone trooper, then the makeup department better have added some convincing liver spots and crow’s feet!

Mando has a mission: bring the Child to his people. Whether he was a product of whacky cloning science or naturally born and later found by the Jedi, it’s clear that his place is with the Jedi. That’s the direction that the Armorer pointed the Mandaloran towards, anyway, so we could see the seeds of a new Jedi Order at some point in the season. There’s a chance that Baby Yoda will end up with Ahsoka Tano, but her status as a Jedi at this point in the timeline is unclear, so she may not have the will or means to take him in.

Instead, she may give the Mandalorian useful insight to find another Jedi somewhere in the galaxy. Another possibility is that Mando will find another member of the Child’s species to take care of him, but this theory isn’t too probable. George Lucas always wanted to keep the origins of Yoda’s species pretty obscure. Our favorite little Womp Rat is already the third member of Yoda’s species whom we’ve seen in canon, so adding any more may make the galaxy too crowded for the original creator’s taste.

Ok, so apparently Fett wasn’t doomed to be digested by the Saarlac for a millennium. That’s good; he’s way too cool of a character to be relegated to such a demeaning fate. On the other hand, he was a servant of one of the evilest dictatorships in fiction, so maybe he was luckier than he deserved to be. Either way, there’s a good chance that we’ll see an explanation of Boba Fett’s escape, the loss of his armor, and his next moves. After all, they wouldn’t just bring him on board for that one scene, would they? There’s a solid chance that we’ll see Fett link up with the Mandalorian in one way or another. Some think that he will serve as an antagonist and try to regain his armor, but this one theory is a bit questionable.

If he had been wandering the wastelands of Tatooine for some time, then he likely would have caught wind of Cobb Vanth and taken his armor back. It seems just as likely that he’ll strike a deal with the Mandalorian to get his armor back or receive some kind of help in exchange for using his martial expertise and excessive knowledge of the former empire, the criminal underworld, and the galaxy at large to help Mando bring the Child to his people. 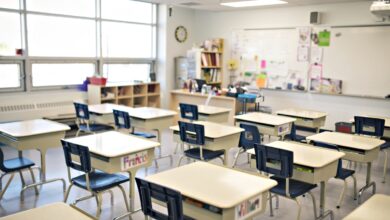 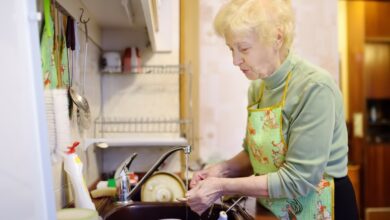 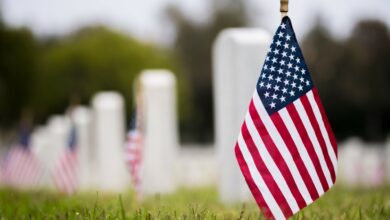 Memorial Day 2022: The history and ways to observe this day 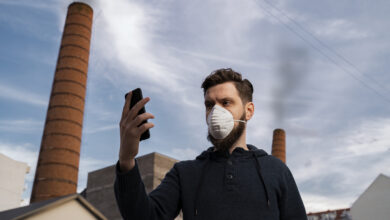