A A A
The war in Ukraine shows no signs of ending soon. Despite ongoing discussions between Ukraine and Russia, the Russian military continues to attack its neighbor, killing more innocent civilians each day. Here is the latest on the ongoing conflict in Eastern Europe.

The important southern city of Mariupol has rejected the demands of the Russians to surrender. A city that was once home to about 450,000 people is now a ghost town as the Russians have bombarded the region with bombs and shellings in an attempt to gain control over the strategic portion of land.

Read More »
The Russians originally offered to provide a safe passage to civilians wanting to escape the city. However, numerous attacks on these passageways have eroded any confidence in what Russian officials promise.

The ongoing attacks have caused the city’s infrastructure to fail, leaving residents left behind with no electricity or gas. Dead bodies are being abandoned in the streets as the fatalities pile up.

The Russians remain committed in their resolve to take control of Mariupol. The port city is located along the stretch of coastline that connects Donbas with the Crimea peninsula, two areas that have been under Russian authority since 2014.

Children in Critical Condition After Coming Under Fire

There are two Ukrainian children in critical condition after the vehicles they were traveling in came under Russian fire. The attacks happened on the road between Mariupol and Zaporizhzhia in the southern tier of the nation. The first attack happened on a family traveling with three children from the besieged city of Mariupol. The family was traveling through the Polohivsky district in an effort to escape and find safety when they came under fire.

A second attack left an additional child in critical condition. This incident happened in the village of Kamianske. Both attacks happened as Ukrainian officials reported heavy firing between the line separating the Ukrainian and Russian forces.

Residents of the capital city of Kyiv are now under a new curfew. The latest curfew went into effect at 8 pm local time Monday and will last until at least 7 am Wednesday. Mayor Vitali Klitschko said that the new curfew has been installed based on the expectation that more shelling from the Russians will strike the city over the next several hours.

At least eight new fatalities were reported on Monday morning in Kyiv after an attack on a shopping center. The mayor said that air pollution had been detected as a result of the attack on the shopping mall in the Podil district. The fires also damaged six apartment buildings in addition to burning down the mall.

While the war is remote to most Americans, there are growing dangers in the U.S. in different ways. On Monday, U.S. President Joe Biden cautioned private corporations to beef up their cyber defenses immediately. Biden said that “evolving intelligence” is worrying officials that Russia has the capability to roll out malicious cyber activity that could cripple U.S. cybersecurity.

The president said that the White House will use every tool in its arsenal to disrupt these potential Russian cyberattacks. However, Biden said that the federal government cannot defend against every attack, making it important that the private sector improve its own security.

Remember Her? Try Not To Gasp When You See How She Looks Now

The Biden administration is recommending that every private organization take the proper steps to ensure that its systems are protected. This includes regularly changing passwords and providing the crucial backup while encrypting sensitive data.

The president is scheduled to leave for Brussels later this week for a set of emergency international meetings aimed at bringing peace to the embattled region. He will be joined by Secretary of Defense Lloyd Austin to attend a series of meetings with NATO allies, European Union (EU) leaders, and G7 officials.

After the meetings, Biden will stop in Poland in an effort to show support to the region. While Ukrainian leaders have called on Biden to visit their country, White House press secretary Jen Psaki said that a trip to Ukraine is not on the agenda for the president.

Zelensky Appeals to Germans for Help

These 12 Monster Sized Athletes Are Definitely No Joke

Ukrainian President Volodymyr Zelensky addressed the country of Germany on Monday, appealing to the emotions by reminding them that the tattered city of Kyiv used to be referred to as the “new Berlin.” German Finance Minister Annalena Baerbock said the EU will boost its financial assistance and help with weapons to Ukraine. The goal of the assistance is to show solidarity with Ukraine.

More on the Ukrainian Refugees

According to the latest data from the United Nations (UN), at least 10 million Ukrainians have left their homes in the time since the Russian invasion began. This number translates to nearly 25% of the country’s total population, estimated to be 44 million in 2020.

The country that has taken in the most refugees is neighboring Poland. At least two million of these refugees landed in Poland with nearly 500,000 heading to Romania. Other countries that have taken on a bulk of the refugees include Moldova, Belarus, Hungary, and Slovakia.

A 96-year-old man who survived the Holocaust lost his life on Friday at the hands of a Russian attack on the city of Kharkiv. According to the Buchenwald memorial institute, Boris Romanchenko survived four Nazi concentration camps over the course of his lifetime.

Romanchenko’s granddaughter said that he was living in an apartment building that was hit by a Russian attack. The institute confirmed that Romanchenko had lived through the horror at the Buchenwald, Peenemünde, Dora, and Bergen-Belsen concentration camps during World War II. 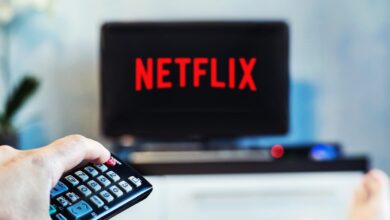 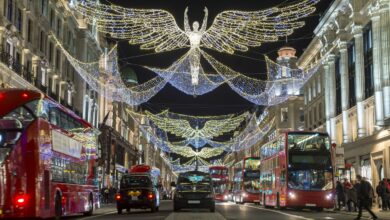 Christmas: How the Rest of the World Celebrates 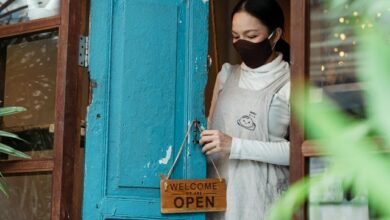 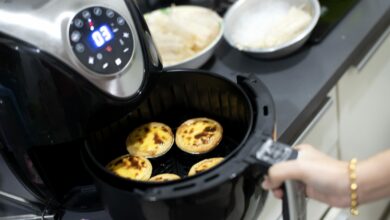 Air Fryer Recipe Ideas That Will Make Your Mouth Water!