A A A
Few food trends have emerged out of the past year with such acclaim as the cocoa bomb. What started making the rounds on social media, mainly TikTok, has become a best-selling item in stores. But, what if we told you can make your own with less hassle? Get in on the ultimate trend by making these cocoa bombs. Put them in warm milk, and then watch the chocolate and the filling dissolve to make a wonderfully sweetened hot chocolate. Stir one in and prepare to be amazed. Or, give one to a friend!

To assemble these, first melt the dark chocolate in a microwave or over a double boiler. Coat a spherical mold with chocolate. In half of the bomb, add cocoa mix and marshmallows. Press the other half of the sphere down to cover. Drizzle the cocoa bomb with cookies, chocolate or even more marshmallows.

Rum Chata gives these cocoa bombs an adult twist. Need something else to distance your version from those aimed at kids? Drizzle on white chocolate and top with crushed candy canes or peppermint bark. No more fighting over the last cocoa bomb! Save these in a stash for yourself.

The internet sensation dessert can now be made in an Instant Pot. Hint: the chocolate is difficult to work with when using a stove, so take a load off and use the Instant Pot, which keeps the temperature at an ideal temperature the whole time. No need to worry about burning chocolate or constantly stirring the bowl. Gather dehydrated marshmallows and get ready for chocolate goodness!

Keto-friendly chocolate chips meet sugar-free hot cocoa mix for a delicious warm treat that has no added sugar or guilt. Drizzle with a contrasting chocolate flavor. If you use dark chocolate for the shell, top with white chocolate, or vice versa.

Topped with a chocolate bar, these cocoa bombs are extra indulgent. Even though the rest of the ingredients are the standard ones for this treat, this iteration is a must for those with a sweet tooth. Drizzle with caramel and add a drop of vanilla extract to the milk for an added touch.

Ghirardelli chocolate and caramel bits make these hot chocolate bombs simply decadent, a must in place of dessert on a cold night. Serve with plenty of whipped cream.

Mickey may get all the hype, but we think Minnie is pretty great, too. Girl power! If you agree, make your next batch of hot cocoa bombs to look like Minnie Mouse. Use icing a chocolate wafers to make these memorable delights for the Disney fan in your life.

These vegan and dairy-free hot cocoa bombs means that even those on restricted diets can get in on the hype. Use vanilla almond or oat milk, vegan marshmallows and dairy-free chocolate to make a treat that adheres to your diet. Pretty sweet!

After Saving Her Two Drowning Cubs, Mom Hugged This Man

Green tea, nut butter, hemp seeds and chia seeds make this take on the ‘dessert bomb’ one to watch. If chocolate is not your favorite, try making these and putting them in warm milk. You may be surprised.

Have a cozy winter with these cocoa bombs. Try them with different milks for different tastes, and wrap a few up in a pretty bow to leave on friend’s or neighbors porches. They will appreciate it! 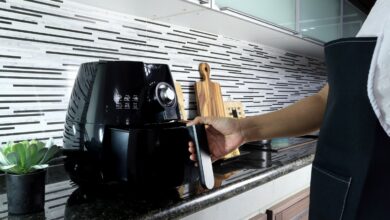 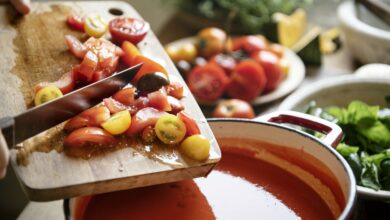 Cook Up Some Fun on Your Next Snow Day 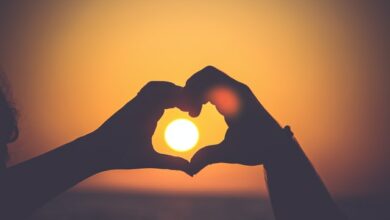 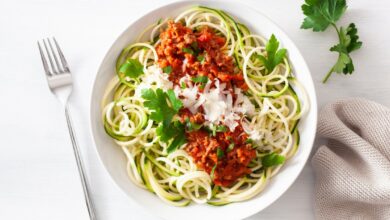 Healthy Pasta Recipes You Can Feel Good About