A A A
Mince pie – or mincemeat pie – is very different today than it was centuries ago. Since refrigeration wasn’t invented in the Middle Ages, perishable foods, such as meat, tended to go bad fairly quickly.

How the Crusaders helped develop mincemeat pies. Then the Crusaders came back from the Middle East, bringing spices with them and the knowledge that meat, when it was cooked with certain spices, wouldn’t spoil, at least not as quickly. Or perhaps the taste of spoiled meat was covered up by the spices.

Read More »
This led to a lot of spicy meats. The English, however, have always preferred a blander diet and the hotter spices didn’t appeal to them as much. They developed the concept of meat pies. We have benefitted from that history since frozen chicken pot pies are available in every grocer’s freezer, where they will remain until the world is starving and we are forced to eat them.

But the wives of Britain came up with another idea. Mincemeat pies are strictly an English invention. They mixed meat with fruit and brandy and spices such as cinnamon, ginger, allspice, cloves, and nutmeg, let it sit for a couple of weeks and then baked it in a pie. The fruit was mostly dried: raisins, currants, figs, apples, and cherries. The meat, usually mutton, beef, pork, venison, or other game, was minced until it was very fine. The pies were usually the main meal at that time, although now they are considered desserts.

No sugar was available when the pies first appeared so they had a rich, savory meat flavor, slightly sweetened by the fruit. Brandy was used as a preservative. Sugar was introduced into England in 1069 but wasn’t widely available for several centuries. In fact, the Britons had good teeth for the time up until about 1600. That’s when the use of sugar became available to the masses. Prior to this time, sugar was reserved to the nobility and wealthy. And they suffered toothaches and cavities because of it. Even kings loved mincemeat pies. Henry V had them served at his coronation, Henry VII was particularly fond of a dinner of mincemeat pie. Around 1600, the price of sugar dropped and the developing middle class and much of the poorest people could finally afford it. There followed an epidemic of dental decay.

Mincemeat pies were traditionally eaten in the winter, since they were hot and filling and felt very good on a cold, snowy day. The three commonest spices, nutmeg, cinnamon, and cloves, were associated with the gifts of the three Wise Men and people began making the pies a Christmas tradition.

The pies had various names, including Christmas pyes, crib cakes for the crib of Jesus, shrid pies for the shredded meat, and wayfarers’ pies since they became a traditional meal to serve to travelers.

The pies began to be shaped in ovals for the crib that Jesus lay in. They have also been made in rectangular and circular pans.

Top MD: Do This Once Daily If You Have Sore Knees (Watch Now)

Traditions developed with the popularity of the pies. Making the mincemeat became a family affair. The meat was prepared on stir-up Sunday, which was the last Sunday before Advent. The Christmas pudding was made on that day as well. The concoction had to be stirred extensively – clockwise only. If the meat was stirred counterclockwise, it would mean bad luck for the family for the next year. Each member of the family would take a turn at stirring while making a wish.

The primary difference is that modern mince pies rarely have any meat in them. The British have developed a universal sweet tooth and the traditional mincemeat pies fell out of favor. In addition, the rationing of meat during World War II made it difficult to create a traditional pie. The pies became vegetarian, although many cooks continued to use beef suet in their pies. Candied orange peel was added along with lemon zest. The pies changed from main meal to desserts and sugar was added – lots of sugar.

While mince pies are not a favorite in the United States, except in New England, where the British influence is still felt, in Britain they are as popular as ever. Stores there usually sell about 40 million mince pies before Christmas. They are also a Christmas tradition in Canada, South Africa, Australia, and New Zealand.

From the beginnings as a winter meal has come the Christmas tradition of mince pies, a desert for the season. Here is a delicious mincemeat pie recipe if you want to try your own. Remember to stir clockwise. 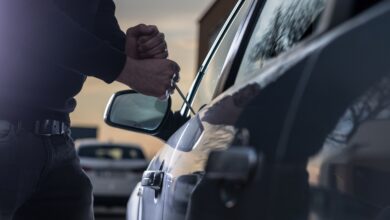 Motor Vehicle Thefts Soar in Many Parts of the Country 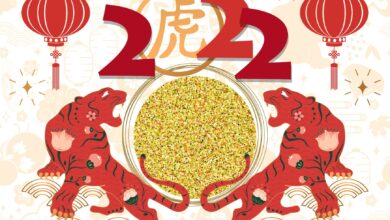 The Chinese New Year Festival: Everything You Need to Know 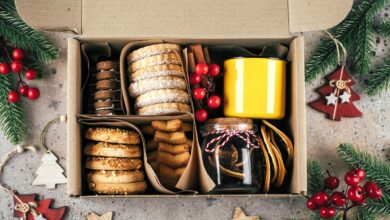 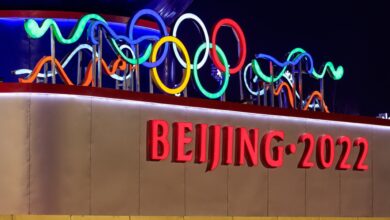 Watch Out for These Rising Stars in the Winter Olympics