A A A
While the U.S. Federal Reserve did not make any big moves at its Wednesday monetary policy update, it signaled that an interest rate hike is in the imminent future. The hike is intended to combat spiraling levels of inflation, at its highest since the 1980s.

The official statement from the Fed said that it expects to raise the target range for the funds rate in an attempt to balance the rate of inflation and a strong labor market. Inflation levels have been hovering well over 2% in recent months, putting a major strain on an economy trying to rebound after nearly two years of dealing with a global pandemic.

Read More »
In a press conference following the release of the statement, Fed Chairman Jerome Powell said that the probable rate increase would likely come in March. He told reporters that the committee would raise the funds rate at the upcoming March meeting if the conditions dictated that it was appropriate.

The markets agreed with Powell’s assertion of a March increase. Following the announcement by the Fed, the market expirations for an increase in March jumped from just under 90% to over 95%.

Powell and the rest of the committee are looking to a rate increase as a way to curb inflation. Levels have skyrocketed over the last few months, worrying investors and consumers alike. Current expectations predict that the inflation rate will reach the peak of the cycle in the first few months of 2022.

According to the Fed, inflation rose to 5.7% in the 12-month period ending in November. This number represented the most rapid increase in this consumer spending price index since July of 1982.

Consumer prices are increasing at a pace of about 7%. The rapid increase is being blamed on supply and demand imbalances as a result of the COVID-19 pandemic and the subsequent reopening of the economy. As cash continues to move through the economy at historic speed, it is no surprise that inflation is skyrocketing.

Powell attempted to assure investors that the Fed forecasts indicate that inflation will decline over the next year. He believes that the rates will start to decline again once the world’s supply chains normalize. Less stimulus payments out of the federal government should also help to control inflation, according to Powell.

This is What Mama Elephant Did After Man Saved Her Baby

Interest rates have been at historic lows since the start of the pandemic. The central bank cut rates dramatically in March 2020 when COVID-19 brought the economy to a halt. Just last month, the Fed signaled that it would likely raise interest rates more than once over the coming year.

Despite almost confirming the intended rate hike in March, Powell would not commit to any specific percentage point increase. When pressed by reporters on Wednesday, he said that it is too difficult to predict that with confidence. Instead, he said that the central bank will be flexible in its approach as it reacts to changing economic conditions.

Powell recognized that inflation rates have continued to worsen since the Fed last met in December. As such, the policy of the Fed will need to reflect this growing issue in the American economy.

What is Being Most Impacted by Inflation?

While nearly every facet of consumer goods has been affected as a result of inflation, some items have seen extraordinarily high gains. Meat, poultry, fish, and eggs are all up 12.5% over the last year. Furniture and bedding is up nearly 14% while the cost of electricity is up 6.3%.

Some of the largest increase came in sectors that had seen decreased demand at the start of the pandemic. This includes the prices of gasoline and airfare. Automobiles, in particular used cars, are also at exceedingly high rates of price increases due to inflation.

Although the rate of increase in the price of goods varies greatly, one thing that is consistent is that every region of the country is being hit equally hard.

Remember Her? Take A Deep Breath Before You See What She Looks Like Now

Wednesday was another rough day in the stock markets. Stocks went on a downward slide after Powell persisted in his concern about inflation. His refusal to rule out more tightening by the central bank also contributed to the pessimistic mood on Wall Street.

While stocks had rallied early in the day, the strong words by Powell ended up sending them down again. Although investors were expecting the update to the central bank’s monetary policy, Powell’s relative confidence about an impending rate hike sent the Dow down 130 points lower for the day. The S&P 500 finished down 0.1% while the Nasdaq Composite ended the trading day flat.

Although these finishes are not terrible at a glance, they came after all three indexes were performing significantly higher prior to Powell’s comments. Wednesday was just another day in a long string of volatile days on Wall Street as of late.

Also affecting the stock market this week are the everlasting concerns over the ongoing pandemic coupled with the worries over military involvement with the situation between Russia and the Ukraine. 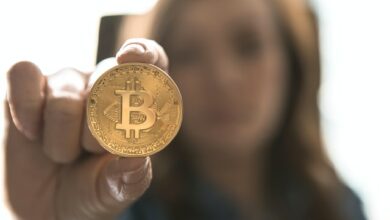 Bitcoin Price Soars During the Pandemic 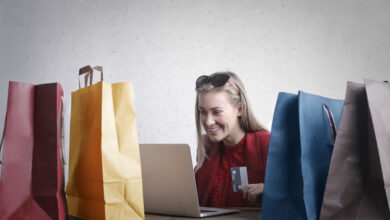 Signs of Worrisome Spending Habits in Your Partner 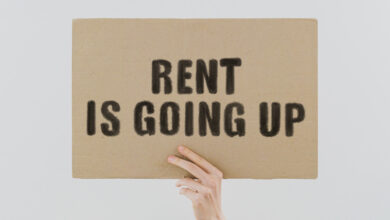 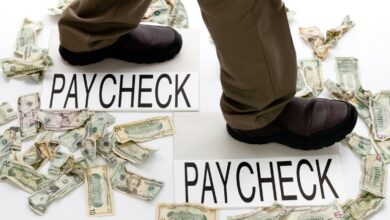 Growing number of Americans living paycheck to paycheck is concerning