Android users who install Apple Music’s latest beta version and are tech savvy enough may have recently noticed a few striking Easter eggs hinting at what could be coming soon with the release of the “Apple One”. The app contains code that actually uses the name “Apple One” and offers further specifics on what the new product will include.

There is now even more mounting evidence that the tech giant plans to release a subscription based bundle package in the coming months. In addition to the direct mention of “Apple One”, the words “subscription bundle” are found, which asks customers how they are going to manage their subscription to Apple One with Apple TV, an iPad, Mac and iPhone. The Apple One is said to be released initially on the iOS 14.

Read More »
This was not exactly the easiest thing to discover, as it was only fully unearthed after tech gurus began to look closely into Apple Music’s APK. The regular user would not be able to view these supposed leaks by just using the beta version of the app.

This follows up rumors that Apple was to be releasing a subscription service that would be discounted and package a number of its services. Furthermore, the new service will likely be offered in several tiers that are paid for on a monthly basis. This means that users who already pay for multiple services will save money if they buy a bundle. A cheaper tier would be packing Apple TV and Apple Music together, while it would cost more to add other Apple services such as Apple News Plus, Apple Arcade, and more storage on iCloud. The company is also said to be releasing a video service centering around workouts as well.

There had been initial rumors over the past several months that this package was being referred to within the company as Apple One. However, there are references in the code found on the Android that indicate the project could even more likely have been internally designated by the name “aristotle”. Now it seems the company is going with Apple One when the service is released to customers. Of course, tech rival Google already has a subscription service with a similar name, Google One. Google One offers more cloud storage, special promotions, and phone backups. In addition, Apple One might confuse old school tech geeks or serve as an homage of sorts because of its close name association with the Apple I that was released back in 1976.

One of the targets for this subscription package is families, especially because it integrates with the Family Sharing feature found on Apple services. Multiple people can use the services offered by Apple if the bundle is purchased.

Another reason that Apple is offering this kind of service could be to expose more people to services that are not performing as well as the company would like. This includes Arcade and News+, which could use some increased exposure and may be bundled with the more popular services.

This reflects what has been a growing war between tech companies to sway customers towards a specific ecosystem. Amazon, Google, and Microsoft all are major players that are all adding new services to try to keep existing users and gain new ones.

This is the end of a challenging yet exciting year for Apple. The full details of the subscription services offer are likely to come sooner rather than later, as Apple will be hosting events soon. The first is on September 15th, which is supposed to feature information about the Apple Watch and the iPad. This event is being called “Time Flies”, and will serve as the start of a few busy months for Apple.

The company is also releasing the highly anticipated iPhone 12 soon too so it might hold off on announcing the Apple One until that event which will likely occur sometime in October. Finally, the company has been in the news a lot the past several months because of the well publicized stock split at the end of August.

Of course, anyone who downloaded the new beta version of Apple Music was simply looking for an updated version of that app, not a hidden easter egg that has been rumored for some time. The beta version features a number of features that it will eventually get in the iOS 14 version. This includes a screen that shows what is playing and cool visual enhancements.

This is not the first accidental product leak as of late by a company that has been quite adamant about avoiding these things to happen. Just this past April, the tech giant uploaded a video to its YouTube page that was basically a support video for a product that had yet to be released called “AirTags”.

This recent discovery also comes after techies found internal files in a version of iOS that had terms like “bundle subscription” and “bundle offer” included.

The irony of the discovery of information about an upcoming Apple release in an Android product is certainly not overlooked. It seems that Apple users will be able to bundle up in the near future, just in time for the winter. 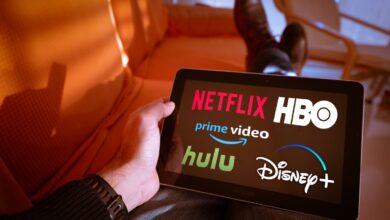 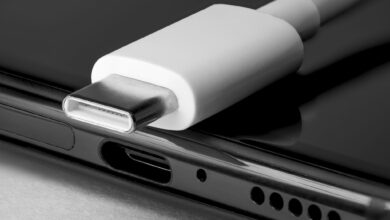