Macy’s Thanksgiving Day Parade set to go on, but only on TV – Daily Access News
A A A


New York City is noted for a great many wonderful traditions. One of the most popular of all New York City activities is the annual Thanksgiving Day Parade. The traditional parade route draws thousands of people in person. They come to participate in the parade and show off skills they’ve been practicing for months. Spectators come to watch and admire it all. The rise of Covid-19 presents new challenges and obstacles. The pandemic is forcing the parade organizers to think how to manage about one of the most beloved events of the year. This year, the event planners have made several important announcements that will impact how the parade is run, who can participate and how the rest of the world watches it.

A Different Event: With a different economy and world, there are many changes that have come to New York City. Officials such as New York City mayor DiBlasio believe these changes need to be reflected in the Macy’s Day parade that will take place in November. Consequently, parade will not follow follow standard procedures that have been developed over the years. That’s because the risks of transmitting Covid-19 are too great via the standard route the parade usually follows. While the city has seen a retreat in the number of cases and the number of resulting deaths, it is entirely possible fall and winter will bring the virus roaring back. The last thing parade organizers want is to turn one of the city’s most adored occasions into a vector for disease transmission. The parade dates back to 1924, making it one of the oldest of all New York City’s annual events.

Read More »
Major changes are in place in 2020. The first and perhaps most notable is that the parade will not follow the same standard 2.5 route. The parade normally begins on the Upper West Side. The route takes it from there to Herald Square where bands perform for audiences in person and across the globe. The new plan for 2020 means the end of the standard parade route. It also means people won’t be gathered to watch the parade along this route.

In addition to the parade, there’s an event the night before. The large balloons that are a huge part of the parade are inflated the night before it begins next to the American Museum of Natural History and Central Park. Crowds gather to watch as the balloons are slowly filled. This year’s event is cancelled. Instead, the balloons will be rolled along in carts that have been specially designed to keep them low to the ground. This means the usual eighty to one hundred handlers won’t be on the ground trying to make sure they don’t float away.

Another major change to the parade is the absence of high school and college bands. Officials are not allowing anyone under eighteen near the parade route. Schools bands around the country are being asked to give up their dream of participation in the parade for the year. Instead, officials hope they’ll be back in 2021. The event is also scheduled to take place over two days rather than being crammed in a few hours on Thanksgiving Day. There will be a performance on the morning of Thanksgiving

All those who are participating directly will be asked to wear face masks and stick to social distancing requirements. The television only presentation is expected to have an audience of millions across the country. It will air on NBC and be shown to viewers in all time zones. While these changes are in place, there are certain things viewers can count on seeing during the parade.

While the parade may not include the usual live spectators, other traditions remain in place that will provide an opportunity for a fabulous celebration on Turkey Day. City officials want people to have fun and get into the spirit of the occasion. The balloon characters that little kids and big kids alike will still be there as a nod to traditions. Expect to see old favorites in a new light. Floats that people have been working on for months will also be an integral part of the celebration from start to finish. Herald Square, the end of the standard parade route, will still be the place for showing off. Viewers can watch street performers showing off their best moves along with clowns and musicians. Santa Claus will also be on hand as he always is to herald the opening of the 2020 holiday season. 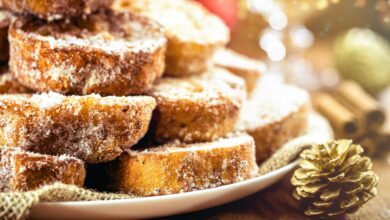 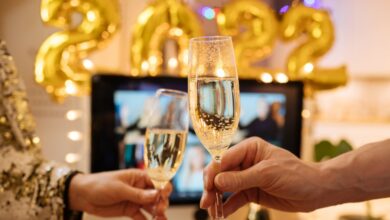