A A A
In a tale of two contrasting administrations, President Donald Trump spent the day Tuesday signing a largely symbolic executive order mandating that shipments of the COVID-19 vaccine be prioritized for Americans. At the same time, President-elect Joe Biden announced the nominations for his health team while also outlining how he plans to combat the virus during his first 100 days in office. While all of this was taking place, the Supreme Court delivered another fatal blow to Trump’s attempts to prove voter fraud surrounding the November 3 presidential election.

Supreme Court Delivers Nail in the Coffin for Trump: On Tuesday, the Supreme Court ruled against the Pennsylvania GOP’s attempt to overturn the results of their state’s presidential votes, delivering what should be the final nail in the coffin for the Trump team efforts to flip the election.

Read More »
Trump had often cited the court’s ability to overturn the election, believing that the conservative majority of justices would come down on his side. What was most surprising to some in conservative circles is that the justices voted 9-0 with no dissenting opinion.

This vote was also significant because it was the first election decision that involved the newest member of the court, Justice Amy Coney Barrett. The one-sentence order with no accompanying comments was likely a signal that the court was not interested in becoming embroiled in election disputes.

Biden’s Outlines First 100 Days in Office as it Relates to COVID-19: Biden spent the day Tuesday focused on the efforts to get control of the growing pandemic. At a news conference at his transition team headquarters in Wilmington, Delaware, Biden announced the key members of his health team.

This included the introduction of current California Attorney General Xavier Becerra as his nomination for the secretary of Health and Human Services and Dr. Vivek Murthy for the position of US surgeon general. Dr. Anthony Fauci also joined in via satellite. Biden has asked Fauci to serve as his chief medical adviser.

These introductions served as the ideal backdrop for Biden to roll out his plan for his initial 100 days in his office, encompassing three major initiatives designed to fight the pandemic. The incoming president once again detailed his plan to ask Americans to wear masks in public during those 100 days. Biden said that he would issue a mandate for masks in federal buildings and other areas under his domain.

The second goal of the Biden administration is to get 100 million vaccine doses into the arms of Americans within the first 100 days. Biden conceded that this would be a challenging undertaking but that he is committed to making it happen.

Lastly, Biden said that his goal was to open almost all schools by the end of those first 100 days. Biden was clear to point out that he will need Congressional funding to pull this off.

Biden Announces Nomination for Secretary of Defense: Also on Tuesday, Biden announced retired Army Gen. Lloyd Austin as his nominee for the important position of secretary of defense. Austin is most known for his role as the former commander of the US Central Command. If confirmed, he would be the first Black American to head up the Pentagon and command the US troops.

Biden pointed to Austin’s 40 years of experience in the US Army and his personal decency as reasons for his nomination.

Remember Her? Take a Minute Before You See What Looks Like Now

The major roadblock that is standing in Austin’s way is that his confirmation will require the use of a congressional waiver. Under current federal law, the role requires that the nominee be retired for at least seven years from active duty. Austin retired just four years ago. Although these waiver requests are rare, the Trump administration was granted the opportunity for retired Marine Gen. James Mattis to serve in the same position in 2017.

The other two candidates that were in the final running for the position were believed to be Michèle Flournoy and Jeh Johnson.

House Passes Defense Bill: In a loss for Trump, the House of Representatives voted on Tuesday to pass a massive defense spending bill. While Trump has threatened to veto the bill, the House was able to garner enough votes to gain a veto-proof majority. The National Defense Authorization Act divided Republicans who had to choose between their loyalty to the president and the goal of pushing the bill through to fruition.

Remember Her? Try Not To Gasp When You See How Bad She Looks Now

The final vote was 335-78 with many Republicans joining their Democratic counterparts. The bill now goes to the Senate. It is also expected to pass easily, however, it may not see the same veto-proof majority in this Republican-controlled arm of Congress. It should also be noted that the House will have to vote again to override the potential president’s veto. That vote is not expected to be as decisive.

Details on the Bill: So what is in this defense bill? The $740 billion bill encompasses a variety of elements essential to the function of the military, including pay raises for members, new equipment, and more. Trump insists that he will veto the bill because it does not repeal Section 230, a piece of legislation that protects internet companies from being accountable for what third parties post on their site.

In addition, the bill limits how much the president is able to leverage defense money for his border wall. Another part of the bill that some Republicans are not happy with is the provision that would mandate that the military rename bases that are named after Confederate leaders.

Congress Still Working to Pass Stimulus Package: Up next on the agenda before Congress breaks for the holidays is a bill to keep the government going past the December 11 funding deadline. A group of bipartisan lawmakers is also still hopeful that they can tie a COVID-19 stimulus package into this government funding bill. 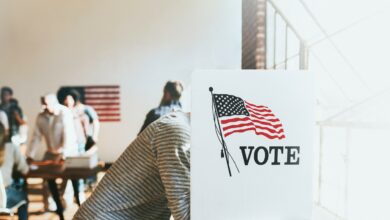 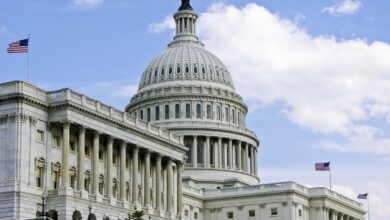 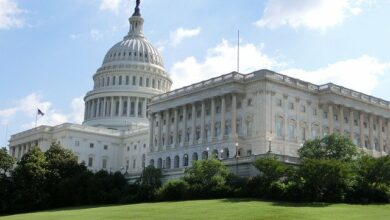 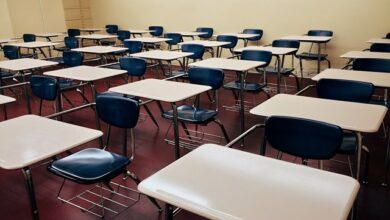