A A A
Congress continues to grapple with going about the business of a nation with more members testing positive for COVID-19. Meanwhile, President-elect Joe Biden works to advance his transition team agenda despite a series of roadblocks in his way at the hands of President Donald Trump and his refusal to concede the election.

COVID-19 Rages Through Congress at Alarming Rate: Wednesday brought news of even more cases of COVID-19 within the halls of Congress. Rep. Doug Lamborn from Colorado announced that he had recently tested positive. The Republican said that he was experiencing mild symptoms and was isolated at his home in Colorado Springs. Additionally, Rep. Dan Newhouse also announced on Wednesday that he had tested positive on Tuesday night. The Republican from the state of Washington is also experiencing mild symptoms and remaining in quarantine.

Read More »
HHS Secretary Refuses to Work with Biden Team Until GSA Ascertains Election: Despite mounting pressure from various respected health organizations and medical groups, The Health and Human Services (HHS) Department will not begin to work with the Biden team until the General Services Administration (GSA) officially ascertains the election. Secretary of HHS made this declaration on Wednesday even as public health experts stress the importance of a smooth transition when looking to combat the COVID-19 pandemic.

Azar said that Trump’s administration’s focus remains on inventing new therapeutics and supporting vaccine development. However, there has been increasing chatter in recent days from many professional medical associations encouraging the GSA to recognize and sign off on the results of the election. By not recognizing the election results, the GSA is preventing the Biden transition team from getting to work to fight the pandemic.

Biden Acknowledges He Will Face Challenges with Senate: In a video call with some of his biggest supporters on Wednesday, Biden acknowledged that is going to run into some serious “brick walls” in the Senate if the Democrats are not able to overturn the Republican majority and gain control. However, Biden seemed hopeful that he would be able to bring parties together. This confidence stems from Biden knowing the system after decades of experience in the Senate himself.

Although the Republicans will certainly present numerous obstacles if they keep their edge in the Senate, Biden expressed that he had the expertise needed to overcome disagreements. The former Senator is going to need this experience when it comes time to convince the Senate to confirm his Cabinet nominees.

Georgia Officials Set to Release Recount Results on Thursday: As the day wrapped up on Wednesday, Georgia election officials said that they were ready to release the recount results on Thursday at noon local time. Thousands of election workers have worked tirelessly since Friday morning counting each and every ballot again to confirm that Biden did indeed narrowly defeat Trump. Although four counties found additional votes that had not been originally counted, it did not do enough to significantly change Biden’s lead.

Republicans Boast Fundraising Advantage in Georgia: The election recount and audit is not the only thing that has landed the Peach State at the center of the political universe this week. In what is shaping to be a pair of historic Senate runoff elections, all eyes are on Georgia to see if it will ensure that the Republicans retain their edge or if the Democrats take control. Two Senate runoff elections are set for January 5 with the early fundraising totals showing that the Republicans have a substantial lead.

Republican Sens. Kelly Loeffler and David Perdue are enjoying an early lead in the fundraising efforts. So far, both parties have seen over $126 million flow into their coffers for advertising purposes. Of this figure, the Republicans have raised $77.2 million with the Democrats raising $49.3 million.

While Loeffler and Warnock are set to debate on December 6, Perdue declined an invitation to debate Ossoff. As the day of the election draws closer, there is no doubt that this historic pair of runoffs will dominate the political landscape. 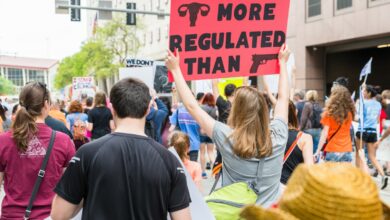 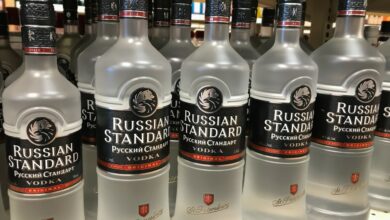 How Russia’s Conflict With Ukraine has Resulted in Vodka Boycotts 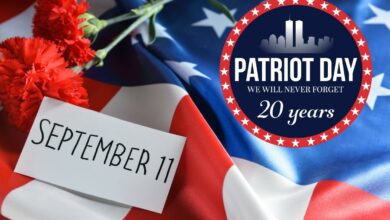 “Remembering the Fallen and the Heroes of September 11, 2001” 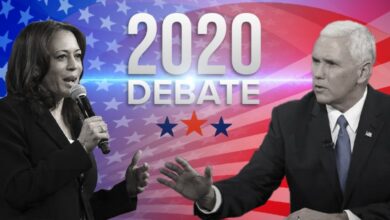