A A A
A conservative social network named Parler has seen a surge in downloads following the loss of President Trump over the past week in his bid for re-election. The app is meant to be a different outlet than Facebook or Twitter for those who are conservative to congregate. Recent data from SensorTower suggests the app for the social network reach nearly one million downloads between Election day on November 3rd and November 8th. Over the entire history of the app, Parler has been downloaded 3.6 million times in the United States with that number growing quickly.

The election was called by most major media outlets on the 7th and Sunday proved to be a huge day for the outlet as it garnered a total of 636,000 downloads solely that day. These numbers include both the Google Play Store as well as the iOS App Store.

A closer look at Parler

The social networking app has become a place for conservatives to rally and discuss the recent results of the Presidential election. This includes many who are proponents of the “Stop the Steal” campaign, which has been a major reason for the migration from the other social networks.

One of the main reasons for the app’s popularity is its resemblance to Twitter’s interface. The word “parler” itself is taken from the French verb which means “to talk” and is certainly becoming a popular place for prominent conservatives like Senator Ted Cruz to congregate in the digital world.

The app was launched in 2018 initially by the current CEO, John Matze. On Parler, users are able to post images or text. Other users on the social network can then comment on the post, add a vote of approval, or do the equivalent of retweet the post. These are called “echos” on Parler.

There are some differences between Parler and Twitter, though. One of these differences is that there is no Parler version of the “discover” or “trending topics” components that are popular on Twitter. Users will need to perform their own searches for accounts they would like to follow.

Another differentiation between Parler and other social media outlets is that Parler really only have two rules users are told they need to adhere to following. The first rule is they cannot post anything that is against the law while the second is not to post any spam. The main draw for conservatives particularly is that the social network “does not remove content based on politics or ideology”, according to a statement made by the company. This is all in the goal of being pro-free speech even if it means blatant misinformation within the platform.

Of course, the lack of filters has made this a popular place for those on the right, and many of the app’s users have opted to use Parler as an additional or alternative to other social networks. Some of these users have even referred to their exit from Twitter as #Twexit.

There are a few restrictions, however

There are a few things worth noting on Parler, though. One aspect within the terms of service is a note to users that they can actually get billed for losses or damages directly connected to content they post on the social network.

Furthermore, there is already a complaint from those on the left using the service. Liberals have called out Parler for their content being banned because of the content they post that the majority of the app’s audience disagrees with.

This is because content has the potential to be removed for violating the company’s policy. Anyone’s content can be reported and moved to a “jury portal” where it is looked at by community members who are volunteers for Parler.

Users then receive a “violation point” notification. If they receive more than 20 of these such violations in a 90 day period, they are then banned.

Another area that the app has been ripe for criticism is the fact that there is a lot of graphic, violent, and obscenity laden content. Clearly, the app is still in its early stages and will need to fully work out its full strategy if it intends to compete with the bigger players.

At 56, Marisa Tomei is Still Single and Now It Becomes Clear Why

Finally, there is an ongoing battle on Capitol Hill over Section 230. This is crucial for places like Parler who may no longer be able to be exempt from legal trouble were the laws to change.

Facebook and Twitter have both attempted to crack down on groups, pages, hashtags, and tweets that contain misinformation and baseless conspiracy theories in both the run up and the wake of the election. The network has also received a boost after several conservative pundits promoted the service as an alternative to these services.

The most controversy has occurred on these social networks due to President Trump and other conservatives’ claims about mail-in voting, a fraudulent election, supposed voting anomalies and discrepancies, and the President’s claim that he won the election before a sufficient number of the ballots had been counted.

Facebook responded by shutting down the “Stop the Steal” group, which garnered massive members in a short period of time and also cracking down on its groups in general. Now, groups can be placed on a probationary period with moderators forced to make sure that posts are factually accurate.

Twitter has also been busy after it flagged more than a dozen of the President’s tweets that violated a number of it’s policies. The company has also maintained it may go even further on the President’s account after he leaves office next January.

Conservatives have found a home on Parler, at least for now

For these reasons, Parler has seen some fairly big names on the right become active members. In addition to Senator Cruz, there are Republican politicians such as Rand Paul, Nikki Haley, Jim Jordan, and Elise Stefanik on the platform. Right-wing pundit Candace Owens has been promoting the app since late in 2018, while FOX News anchor Maria Bartimoro moved to Parler too.

Another reason Parler has gained success is because it has become a place for those who have already been banned on social media to go to continue to post their views on whatever topics they may choose. One prominent conservative, Laura Loomer, has become widely known for her controversial views and has already been banned from most of the large social networks. Parler has welcomed Loomer with open arms.

Whether or not the social network can continue to get influential figures remains to be seen as it grows and faces more scrutiny. President Donald J. Trump and Twitter might very likely face off in January after he leaves office, and it would be pretty obvious that the young social media app would score a major victory were he to move his daily posts to the platform. It would be a no brainer to also say that a large number of his nearly 90 million followers would also join him there. 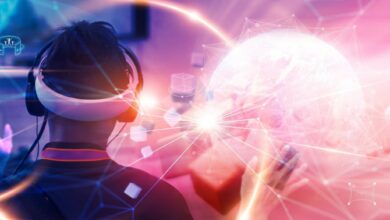 Micromobility Is the Latest Transportation Wave