The best words to describe what transpired in the first presidential debate are chaotic and combative. Within the first few minutes of the debate, it was obvious that it was going to be a contentious evening. President Donald Trump squared off against the Democratic candidate, former vice president Joe Biden, during the first of three scheduled debates of this election season. All of these events will culminate on November 3 in what most political pundits are referring to as the most important presidential election in American history.

Rules of the Debate: Tuesday night’s debate took place at the Health Education Campus of Case Western Reserve University and the Cleveland Clinic. The 90-minute event has moderated by Fox News Sunday host Chris Wallace. As the moderator, Wallace was given the honor of selecting the six topics and the questions within each subject. However, despite the best-laid plans to lead the debate in a thoughtful discussion, the event quickly turned chaotic and Wallace seemed to lose control at times.

Read More »
Expectations Coming into the Debate: Coming into the debate, the onus was on Trump to deliver. History has demonstrated that presidential challengers generally do well in the first debate. This is largely because the rest of the country has plenty of opportunities to hear the sitting president speak. The challenger can harness this advantage of being a fresh voice for a weary nation.

Personal Insults and Interruptions the Main Storyline of the Debate: Trump was the first candidate to go on the attack against his opponent. Just minutes into the debate, Trump was overstepping the rules that both parties agreed to regarding the discussion, continuing to interrupt Biden as he spoke. Trump’s overt bullying led Biden to lose his train of thought early on in the conversation.

Biden was not without his own arsenal of insults, repeatedly calling the president a clown. The former vice president also referred to Trump as the “worst president that America has ever had.” There were points during the debate when Biden was clearly exasperated. At one juncture, Biden said, “Donald, would you just be quiet for a minute?” before simply asking, “Will you shut up, man?”

Issues at Hand: It was challenging to come away with any clarity regarding where either candidate stands on key policy issues. As the conversation continued to evolve into mere shouting and cross talk, it was nearly impossible at times to follow what either man was saying. Trump tried his hardest to paint Biden as a radical liberal who is against law and order.

Conversely, Biden pounced on Trump about his handling of the COVID-19 health crisis, noting that over 200,000 Americans have already lost their lives to this virus. Biden also took the opportunity to pin Trump into a corner about this alleged tax evasion. No surprise to anyone who follows the president, Trump denied the report by the New York Times that detailed that he did not pay federal taxes in 10 of the last 15 years.

Key Moments From the Debate: Despite the messiness of the evening’s discussion, there were a few key moments that immediately lit up the social media sphere and got the political pundits talking. It was clear that the COVID-19 issue would take center stage. Biden jumped on Trump’s inability to keep the deaths under control while Trump insisted that Biden would not have done as good of a job as his administration did.

Twins Were Named the Most Beautiful in the World, Wait Until You See Them Now

As expected, Trump repeatedly brought up Biden’s son, Hunter, alleging that he had illegally received millions of dollars from a Ukrainian natural gas firm. Trump also made it personal by bringing up Hunter’s drug addiction. Biden became visibly upset when defending his son, calling the allegations about Hunter acting corruptly false and saying that he was proud of him for beating his drug addiction.

The debate came to a close when Wallace asked Trump to condemn white supremacist groups for inciting violence in the streets of America. Trump proceeded to ask Wallace who he expected him to condemn before casually saying, “Proud Boys — stand back and stand by.” The Proud Boys are known as a far-right and neo-fascist organization that is not shy to engage in violence for political reasons.

Effects of COVID-19 on the Debate: The presence of the ongoing COVID-19 health crisis was felt throughout the evening. The immediate families of the two candidates arrived at the debate hall wearing masks. The two candidates also did not shake hands as is the tradition in these formal televised events. Wallace took the time at the start of the discussion to mention the health precautions put in place by the Cleveland Clinic to ensure a safe event for everyone in attendance.

28 Photos of Just How Crazy It Got at Woodstock

Takeaways From Event: The general consensus from the first debate is that it was not an edifying moment for either of the candidates. Political pundits have been nearly unanimous in the belief that this debate did little to nothing to change the minds of voters that were on the fence about who to support in five weeks 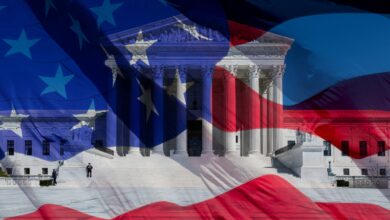 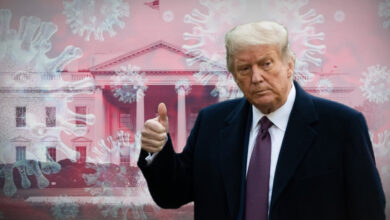 The President is Back at Twitter as His Health Improves 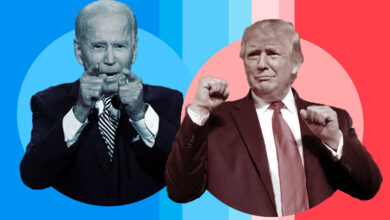 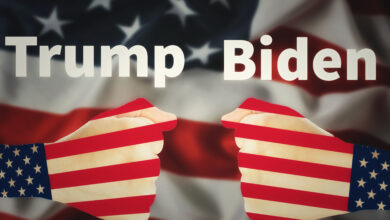 President Trump Refuses to Commit to Peaceful Transfer of Power