A A A
Popular podcast host Joe Rogan has made his way into the news as of late because of an idea that was suggested on one of his shows. One of Rogan’s guests, the retired MMA fighter Tim Kennedy, first brought up the idea of having Rogan host another Presidential debate between incumbent Donald J. Trump and his opponent, Joseph R. Biden. This idea has turned into a movement of sorts and a new petition on Change.org has reached an impressive 279,000+ signatures in support of the idea.

Unlike a traditional debate moderator usually employed by one of the networks hosting the evening, Rogan is not a journalist by trade. He has worked in a number of areas in the entertainment industry, specifically as an actor, comedian, television host, and commentator for mixed martial arts. These experiences have made him a unique possibility for a fourth debate that would present a new format for the two candidates to engage.

Read More »
Rogan’s podcast, The Joe Rogan Experience, is seen by millions of people on a daily basis and is considered one of the biggest in the world. Since the show’s debut in December 2009, he has hosted more than 1,500 episodes and has hosted a variety of influential guests throughout the years. Rogan has hosted his content on a number of platforms with YouTube being the most viewed one, though the show will be moving exclusively to Spotify near the end of 2020. Spotify paid a whopping $100 million to get these exclusive rights earlier in the year in their effort to begin pushing podcasts in addition to music.

Many of these shows center around Rogan’s candid banter for several hours with a guest who may have insight on a particular topic, but there is plenty of time for the conversation to lead itself to a logical conclusion. The show has gained a considerable cult following online for its unfiltered format and Rogan has interviewed some of the world’s biggest celebrities, political thinkers, and scientists such as Bernie Sanders, Edward Snowden, Bill Maher, Mike Tyson, Neil deGrasse Tyson, Richard Dawkins, Elon Musk, and countless others.

For these reasons, the idea that Joe Rogan could host a Presidential debate is not something being taken lightly by a number of people. Rogan did maintain that he was open to the possibility of hosting a debate, and President Trump even said he would participate in a debate with Biden if Rogan were moderating it. Biden has yet to comment on this unofficial offer.

The petition launched on Change.org is entitled “Get Joe Rogan to Moderate the 2020 Presidential Debate” and is quickly approaching 300,000 signatures. The campaign was launched by Ashton Stowell more than a year ago, and it had already gained a fair amount of support before the idea was brought up on Rogan’s podcast earlier this month. The petition is directed toward the Commission on Presidential Debates, which is a non-profit, non-partisan company in charge of U.S. Presidential debates.

The petition outlines a number of reasons for why Rogan might be a good moderator for another Presidential debate. The first point briefly mentions Rogan’s qualifications as a host and his use of long-form interviews. The second reason concerns a belief that Joe Rogan would be able to conduct a debate in a way that does not have a vested interest or is rooted in corporate ties. The next reason in support of a Rogan moderated debate is that he has hosted a wide range of guests from both sides of the political spectrum. The final reason outlined in the petition is that Rogan would be better equipped to facilitate a conversation because he reaches a diverse audience and is not affiliated with either political party.

The petition closes by asserting, “Mr. Rogan would make a fantastic moderator and would draw interested and invested viewers for the debate.”

Spotify’s potential role in all of this

For Spotify, this would be a great opportunity to generate huge streaming numbers, gain even further traction and legitimacy in the marketplace, and promote its expensive new acquisition along with its podcast service. Getting the leader in audio streaming and perhaps partnering with the leader in video streaming in YouTube would be a gigantic endeavor, and would really showcase the power of a new kind of media consumption. However, there are a lot of issues that might hinder the chances of a debate like this from actually occurring.

For one, Spotify and The Joe Rogan Experience have had a few disagreements regarding guests on the popular podcast. Spotify employees have been at odds with the podcast because the music service’s representatives want to be able to have some editorial oversight on parts of Rogan’s episodes. It remains to be seen exactly what will happen here, but hosting a Presidential debate would most certainly bring a huge level of scrutiny and stress to all parties involved with the process.

Of course, even if the petition continues to receive an increasing number of signatures, it may just be wishful thinking for this election cycle. There are already three Presidential debates scheduled for September 29, October 15, and October 22. Chris Wallace (FOX News), Steve Scully (C-SPAN), and Kristen Welker (NBC News) are slated as moderators for each of these debates, respectively. There’s also a Vice Presidential debate slated for October 7.

After Saving Her Drowning Cubs, This Mama Bear Grabbed This Man

There are many on both sides of the aisle who are unlikely to support another debate of any kind, even if it were moderated by someone who made perfect sense. This is because any additional debate would be more than the standard three affairs. Speaker of the House Nancy Pelosi went as far as to say that Joe Biden might even best be served by skipping the debates entirely.

For now, Joe Rogan fans will have to probably wait a few more years to see their wishes come true. However, this election cycle could be an extremely important step forward into showing the mainstream media that alternative outlets will play an increasingly important role in upcoming elections and especially in 2024. You never know, though, in a year full of surprises, there’s no telling what could happen in the coming weeks. 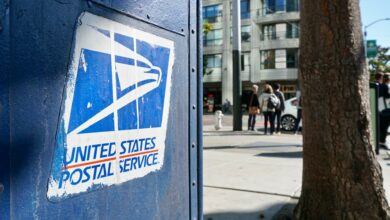 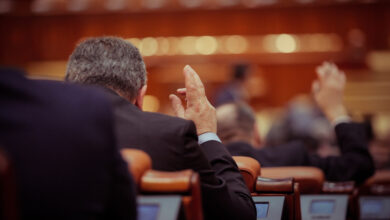 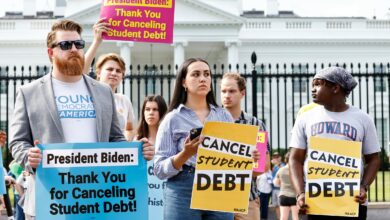 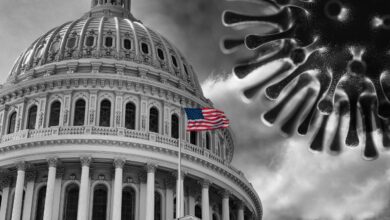