With just a little over a month left until the next US presidential election, it is no surprise that tensions are starting to run exponentially high. What nobody could have predicted is that the president of the United States would refuse to commit to a peaceful transfer of power should he lose the contest.

Yet, that is exactly what happened last week when US President Donald J. Trump signaled to a reporter that he would not necessarily accept the results of the November 3 election if does not come out on top. During this same news conference, Trump also said he believed that the US Supreme Court could be the deciding factor in who ends up in the White House after the dust has settled.

Read More »
Trump also used this opportunity to cast doubt on the vote by mail process. Most states are encouraging the process of mail-in voting in an effort to protect Americans from the ongoing threat of the deadly COVID-19 virus. However, Trump has been using his pulpit to question the security of mail-in ballots.

Setting the Stage: Those close with the president were not shocked when he hinted that the nation may be in for a battle after the polls have closed. Trump has been setting the stage for potential controversy for months. At a rally last month, Trump engaged in some foreshadowing when he declared that the only way he would lose the election was if it were rigged.

Earlier this week, the Trump campaign brought up more allegations of tampered mail-in ballots. Trump’s Democratic rivals claim that the president is simply trying to sow doubt about the integrity of the election process in the event that he does not emerge on top.

Reaction to Trump’s Blatant Refusal: It did not take long for the Democratic nominee, Joe Biden, to speak out about Trump’s remarks. Biden referred to the president’s remarks as irrational, saying that his campaign was ready to handle the shenanigans. During his remarks on Thursday, Biden said that he would not hesitate to deploy the military to remove Trump from the White House if he refuses to leave on his own accord.

Republican Opposition: Most Republicans have remained largely silent about Trump’s controversial statements in the past, choosing to distance themselves from the president’s unpopular opinions. However, Trump’s hinting that he may not give up his presidency if he loses has motivated some of his biggest allies to issue statements that indicate that the president will have to concede the election should he truly use.

Utah Sen. Mitt Romney said on Thursday that there is no question that there will be a peaceful transition of power. In addition, Senate Majority Whip John Thune said that his party will not let Trump stay in office if he loses, adding that Republicans believe in the rule of the law as set forth by the Constitution. Even Senate Majority Leader Mitch McConnell said that he expects there to an orderly transition.

What Happens if Trump Does Not Concede? This scenario begs the question. What exactly would happen if Trump refuses to concede the election? Even if he refused to vacate the White House on Inauguration Day on January 20, the transfer of power will still happen as dictated by the US Constitution.

What worries most people is the possible violence that an election in the balance may instigate. The events of the last few months have shown that Americans have found their voice when it comes to protests. Do not be surprised to see an uncertain election manifest itself on the streets all over the nation.

After Saving Her Drowning Cub, This Mama Bear Did Something You Won't Expect

Signs of a Court Battle? Should Trump and his legal team dispute the results of the election, it would likely become a replay of the 2000 election between George W. Bush and Al Gore. During this contentious election, the Supreme Court ended up declaring the winner one month later after a recount in the state of Florida could not deliver a definitive winner of the Electoral College.

For this reason, Trump and his Republican party allies are working overtime to push through the Supreme Court justice position left open after the iconic Ruth Bader Ginsburg passed away last week. On Saturday, Trump officially tapped Judge Amy Coney Barrett as his choice to replace Ginsburg on the highest court of the land. Should Barrett be confirmed by the Republican-majority US Senate, the party will enjoy a 6-3 edge with conservative justices on the court. This does not bode well for Biden and the Democrats should the fate of the election end up in the court’s hands.

One thing is clear. The election is sure to be highly contentious. Political pundits are warning that key battleground states will likely not have the results on November 3. This will be exacerbated by the high amounts of mail-in ballots and those that may be contested for various reasons. It is not unlikely that the country will not know on November 4 who has emerged victorious. Americans should prepare for this contest to drag out well past election day. 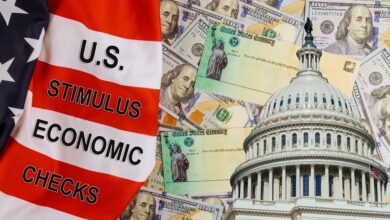 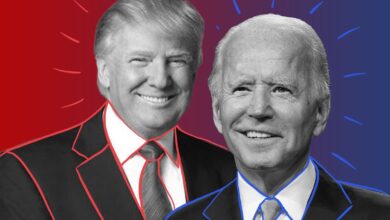 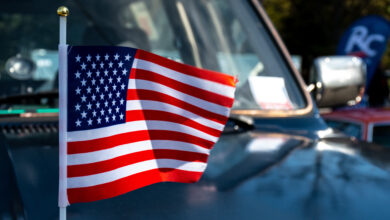