Trump Announced the Return of Daily Briefings as Coronavirus Cases Continue to Surge – Daily Access News
A A A
With the recent surge in COVID-19 cases in states like Florida, Texas, Arizona, and California, President Trump announced that he will resume his early Tuesday evening briefings.

These briefings were once a regular occurrence in the early days of the pandemic but were ended after White House officials became concerned about the consistent arguments Trump was having with the press and his sometimes-bizarre tangents. At one point, he suggested that scientists might find a way for people to ingest disinfectant as a way to cure the body of the coronavirus.

Read More »
With the crisis showing no signs of going away, many advisors and aides are worried that the president may appear as if he is not present or engaged with the issue. Despite some debate over whether resuming the briefings are a good idea, they will put Trump front-and-center once again as his approval ratings over his handling of this issue continue to plummet.


Controlling the Narrative and Getting Information Out to the Public

In announcing the return of the briefings, Trump mentioned that it would be a good way for his administration to get information out about the “positive things” they are doing about the COVID-19 pandemic. He specifically mentioned wanting to talk about the various medications, therapies, and vaccine advancements they have been spearheading.
Some critics of the president wonder how he will be able to give the American people the most up-to-date information when he doesn’t attend the daily coronavirus task force meetings and has not had any events focused on the disease in over two weeks.
With 3.7 million American people having been infected by COVID-19 and the death of 140,000, there is increasing pressure on the White House, and the president, to show that they are working to get the situation under control. Over the past few weeks, Trump has reiterated that the virus will eventually “disappear,” as he did early on during the pandemic. The hope is that the daily briefings will turn around the narrative on Trump’s handling of the crisis and do more to advance the White House’s position than the infrequent briefings given by Vice President Pence and the task force.

The Chance to Save a Presidency

As the cases continue to rise in many states across the country, Trump is also seeing his chances at a second term dropping dramatically. According to the Washington Post, only 38% of those who responded approve of the president’s handling of this crisis. In May, that number was 46% and in March that number was 51%. With millions out of work and many more in economic crisis, the president has seen himself trailing presumptive Democratic nominee, Joe Biden, in many important swing states.
There are some close to the White House that believe that the president has very little interest in actually overseeing the day-to-day responsibilities of handling this crisis once again, but has been pressed into action by aides who feel that his only chance at saving his presidency is by at least giving the experience that he is taking the matter seriously. Since April, Vice President Pence has had the responsibility of daily oversight of the virus situation in this country.
White House Press Secretary Kayleigh McEnany has stated that the president is “routinely focused on the coronavirus,” and that he’s “hard” at work” in coming up with solutions to the issue. While this seems to be an effort in changing the public’s perception, time will tell if Trump can stay on task long enough to make the effort succeed.

The Worry About Trump’s Image Obsession

Many advisors on Trump’s staff worry that the president will suffer from the resumption of briefings.
After all, his now-infamous session at the podium that saw him suggesting that injecting UV light and ingesting bleach as possible cures hurt him during the first time around. These same advisors are also grappling with the fact that Trump still seems obsessed with television ratings, something he brought up many times during the first set of briefings.
When bringing up the return of the briefings, Trump once again invoked television ratings as a reason to bring them back. “We had a lot of people watching. Record number watching,” Trump stated. “In the history of cable television—television—there’s never been anything like it.” Aides hope that the president can stay focused on delivering the information that will provide him with the political boost he needs to save his presidency.

While the impact of the daily briefings remains to be seen, there is no doubt that the American public is looking for answers and solutions as infections continue to surge with no end in sight. With school openings just around the corner, and the wisdom of that happening being debated, it is quite clear that the country could use some leadership. The return of these briefings happens at a time when Trump, and his family, seem preoccupied with the seemingly less important items, like the squabble around the Goya company. It seems like resolve and discipline will be needed if Trump wants to turn around the public’s perception of his handling of this public health crisis. 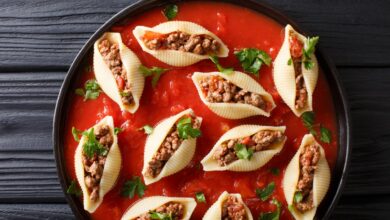 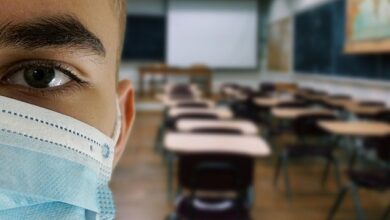 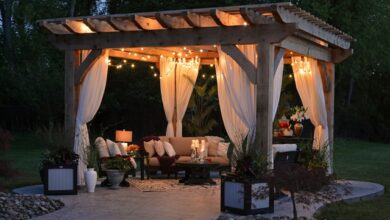 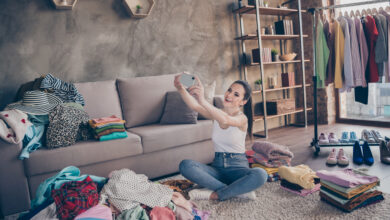 Simple Luxuries: Decluttering as a Method of Panning for the Gold You Own